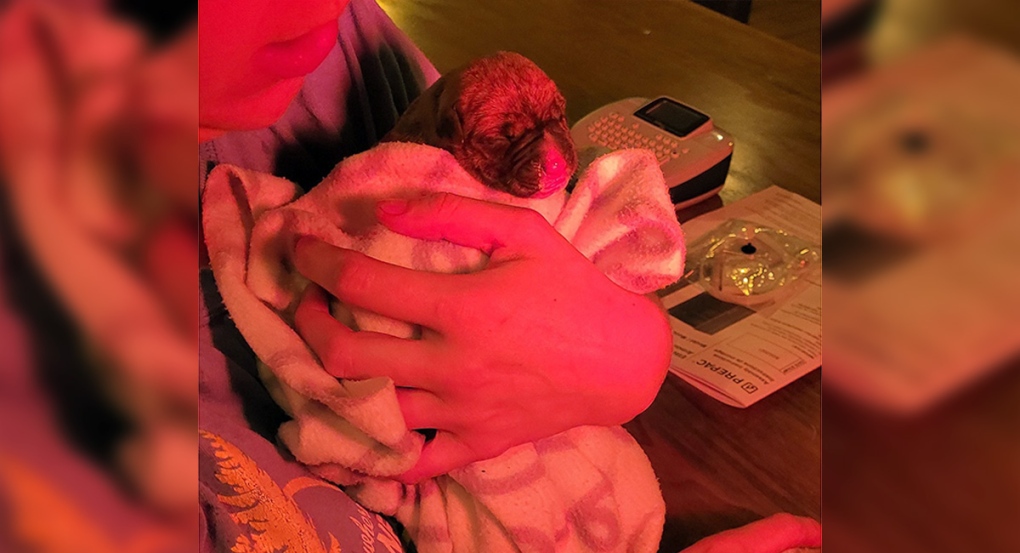 A puppy found in the parking lot of The Queens Bar and Grill in Port Elgin, Ont. on Wednesday, Sept. 15, 2021. (Source: The Queens / Facebook)
Middlesex Centre, Ont. -

A Port Elgin, Ont. man has been charged after a number of puppies were found abandoned at various locations in town.

The Saugeen Shores Police Service said they received multiple calls about newborn puppies that appeared to have been abandoned.

As a result, a 36-year-old from Port Elgin has been charged with eight counts of failing to provide care to animals.

He was released with a future court date on the condition he not have possession of any animal until the resolution of this matter.

A puppy found in the parking lot of The Queens Bar & Grill is believed to be one of those abandoned.

Police say all of the puppies were transported to a place of safety, and they are thanking community members who located and kept the pups safe until the investigation was complete.

The Provincial Animal Welfare Service has been notified and will also be conducting an investigation.