Zoellyn Onn is putting some very precise finishing touches on one of the fairy doors that makes up the Fairy Door Trail in her town of Brussels, Ont.

“Super mystical. For little kids, it’s a nice sort of addition, in terms of something that is special and magic,” said Onn.

Brussels Fairy Door Trail is the brainchild of the Brussels and District Horticultural Club. Three summers ago, they were looking for something fun, inexpensive, beautiful and creative to bring people to town.

After seeing some fairy doors in other communities, the horticultural club decided to create between 60 and 80 fairy doors around town, and make different tours for people to peruse at their leisure. 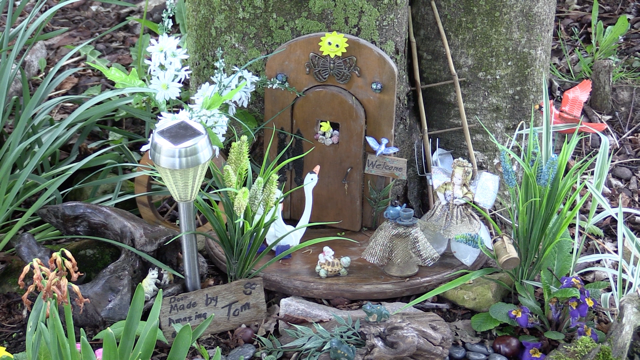 “There’s three different trails. They all sort of start in the same spot, downtown. And then you can do either, that side of town, this side of town, or the other side of town,” said Onn.

Along with some local service clubs and homeowners, Onn spearheads the yearly maintenance required in keeping the fairy doors in tip top shape. It’s a lot of work, but with visitors from as far away and Kitchener and London, she believes it’s well worth the effort.

“People like that it’s outside. They like that’s it’s free…it is creative. The kids come and they look at the doors, they want to go up and touch them. They just love it,” she said.

You can learn more about Brussels Fairy Door Trails on their Facebook page.