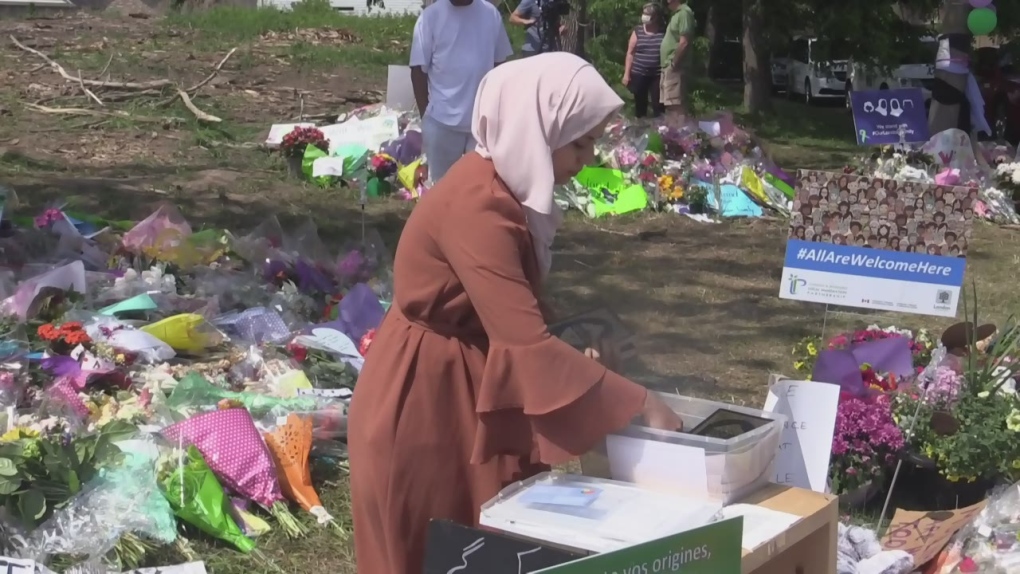 In the wake of the killing of a Muslim family by an alleged terrorist, a London, Ont. high school student is calling on the federal government to create a National Day Against Islamophobia on June 6.

Sir Frederick Banting Secondary School student Lillian Hartley, 17, has authored an online petition that has generated over 14,000 signatures from across Canada so far.

It was on June 6 when four members of the Afzaal family were struck by a pickup truck on Hyde Park Road while out for a walk.

Nathaniel Veltman, 20, was arrested and charged with four-counts of first-degree murder and one count of attempted murder. Police have said that they believe Veltman did not know the family, but targeted them with his vehicle because of their Muslim faith.

On Monday, prosecutors announced they were going ahead with terrorism proceedings after receiving consent from the country's attorney general.

"We do not currently have a day to celebrate the contributions of our Canadian Muslim community, think of those who are affected by Islamophobia and hate crimes against Muslims, or to remember those who lost their lives and loved ones during the June 6th atrocity," says Hartley.

A day after one of Alberta's top health officials announced that that province's COVID-19 health-care crisis necessitated a cross-country call for help, British Columbia's health minister has responded to say B.C. simply can't handle helping anyone else.

After learning a young man had been charged in connection with his son's 2019 death, a B.C. father said he felt hopeful for the impact the case may have on other teenagers.

Hundreds of Western University students walked out of classes Friday as thousands marched on campus to protest sexual violence on and around the campus.