Work has paused on a critical road project in downtown London and the timeline to resume replacement of the Victoria Bridge is out of the hands of city hall.

Ridout Street was scheduled to close in mid-May, but on Friday vehicles continued to cross the span over the Thames River and an adjacent construction yard in Thames Park sat vacant.

The strucure of the temporary bridge for cyclists and pedestrians is sitting at the side of the river.

According to the Upper Thames River Conservation Authority (UTRCA), it has issued a work permit to remove the existing bridge and install a new one — but the federal Department of Fisheries and Oceans (DFO) and Transport Canada have yet to grant their approvals. 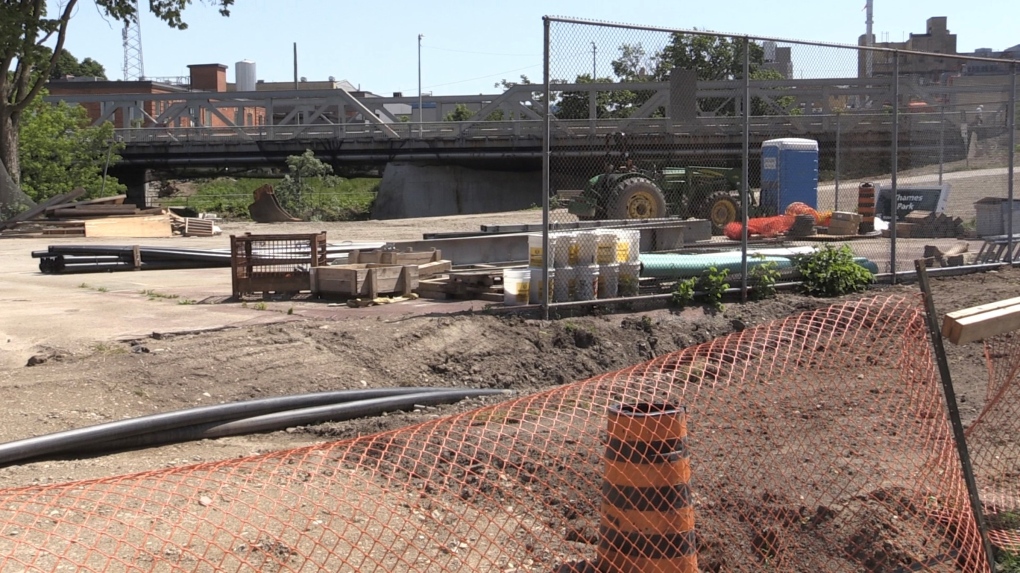 Idle construction yard with the Victoria Bridge in the distance, as seen on June 3, 2022. (Daryl Newcombe/CTV News London)
The highly anticipated new bridge is a critical link between Old South and downtown London for thousands of people every day including cyclist Amanda Ward who told CTV News, ”I live in Pond Mills and work in Wortley Village so I am constantly taking the trails through downtown.”

City hall admits additional work is needed to further enhance their approach to environmentally sensitive work in the river.

In a statement, Director of Construction and Infrastructure Jennie Dann wrote, “We are actively working with Department of Fisheries and Oceans to confirm our approach and look forward to advancing removal of the existing bridge and construction of the new bridge works once all approvals are in place for that work.”

As for why the permissions weren’t in place earlier, Dann added, “The City followed our usual permit application approach and schedule.”

In the meantime, some related work on sewers and water main can be completed. 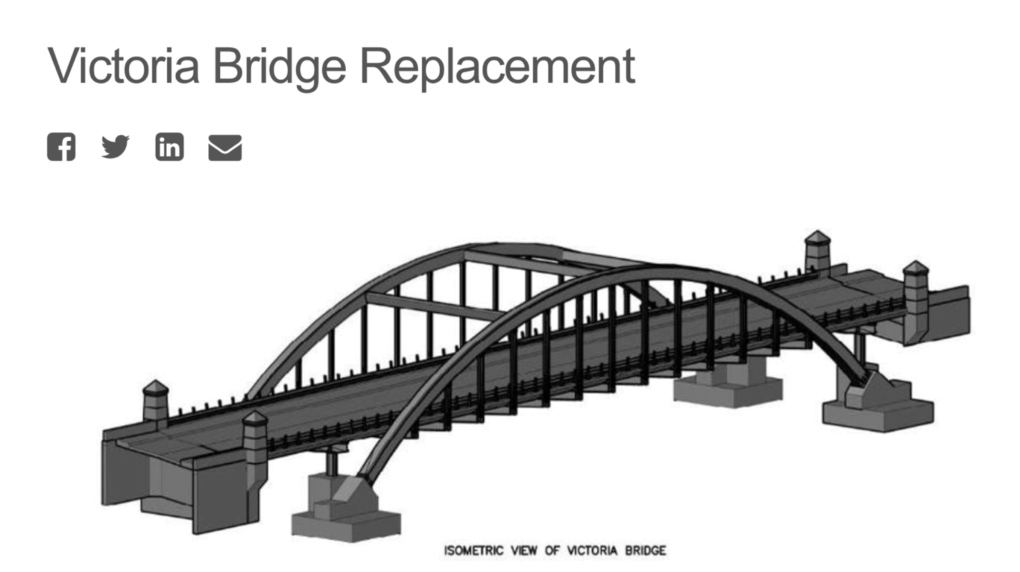 Conceptual design for the new Victoria Bridge in London, Ont. (Source: City of London)
But the city gave no indication when it expects the federal approval to start removing the Victoria Bridge.

Replacing the 96-year-old bridge has an approved budget of $22 million.

Timelines for the bridge project are critical so as not to conflict with nearby street closures when the CN Rail overpass of Wharncliffe Road is replaced.

According to the City of London website, the new Victoria Bridge will open late summer 2023.

Two winning lottery tickets in Ontario are on the verge of expiring.

The Iranian government's crackdown on protesters is likely to 'intensify' in the coming days, despite sanctions from Canada and international condemnation, an expert says.