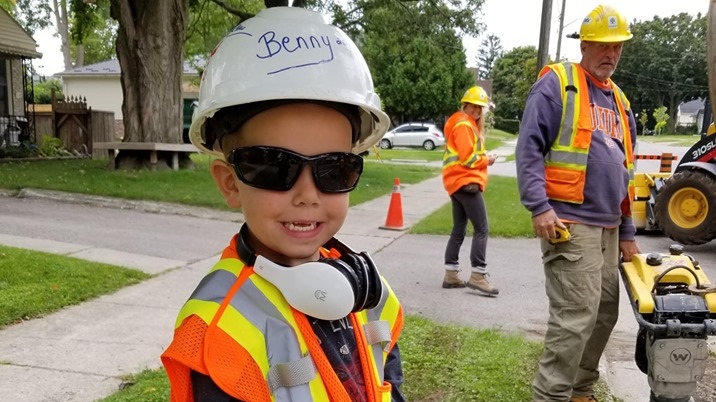 The City of London is praising a sewer operations crew after they made the day of a four-year-old boy.

The boy, Bentley, is interested in construction work, and was watching a team doing sewer work on Sterling Street.

That's when the crew reportedly invited him to join them - providing him with a construction vest and hard hat that the team members signed.

At the end of the day, officials say the team celebrated with Timbits and paid Bentley $5 for his work.

Bentley’s reportedly always been very curious and has told his mom that he’s going to be a “digger” when he grows up.