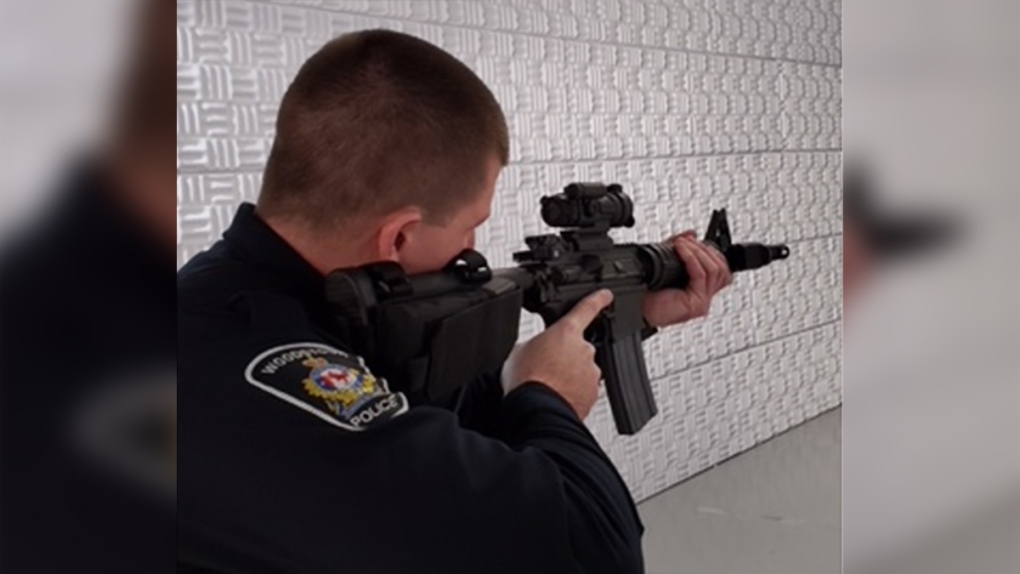 WOODSTOCK, ONT. -- In an effort to keep costs down, the Woodstock Police Service purchased six used C8 rifles from a disbanding police service earlier this year.

“These rifles are easier to load, lighter to carry and more accurate at a greater distance, therefore safer when we are using that type of weapon,” Woodstock Police Service Insp. Marci Shelton says.

Eight officers spent three days in what Shelton calls extensive training, in order to be able to use these rifles.

For a brand new C8 carbine rifle it would cost roughly $2,000, but the police service was able to purchased six used ones for $800 each.

Shelton says with the increase in gun violence across the province, and areas surrounding their jurisdiction, “It’s important that’s we are prepared and that we are preventing and being as safe as possible for the public and our officers.”