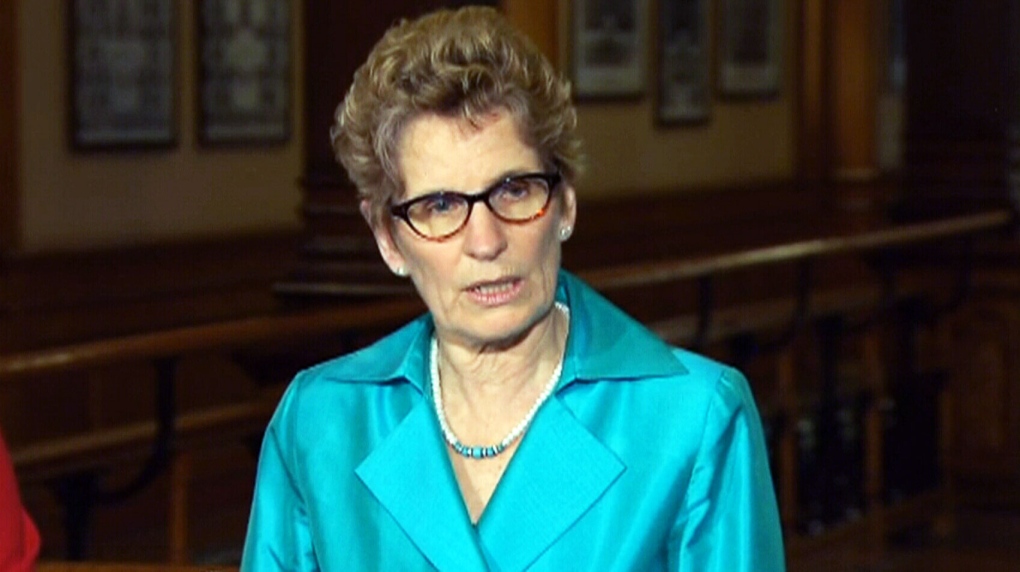 Wynne, Canada's only openly-gay premier, says attending pride events is a regular part of summer for her and spouse Jane Rounthwaite.

Wynne says every year she participates in the Pride and Remembrance run, attends the Sunday church service -- which she describes as "always very, very moving" -- and walks in the big parade.

She says pride week is hugely important for some in the lesbian, gay, bi and transgendered community who are excluded from family holidays and gatherings, describing it as "like their extended family acknowledging them."

Wynne says unfortunately homophobia is alive and well in Ontario, and notes in many parts of the world you can still be imprisoned or beaten for being gay, which is why she believes it's so important to celebrate pride week.

Former Ontario premier Dalton McGuinty often attended pride week festivities, but never marched in the huge parade that draws more than one million people to the streets of downtown Toronto.