Ivey Foundation to distribute $100 million endowment over next five years

Ivey Foundation to distribute $100 million endowment over next five years 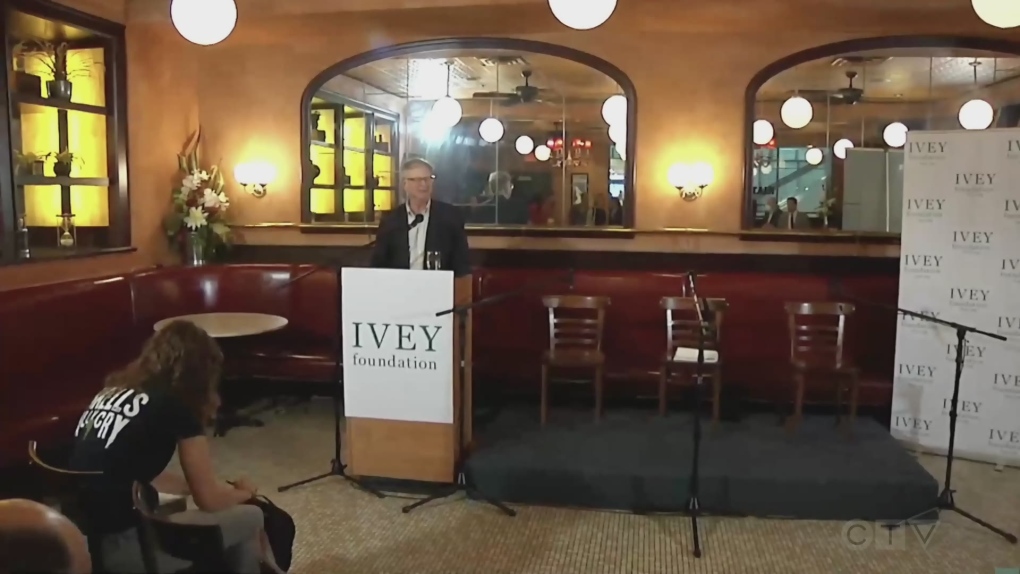 An announcement by the Ivey Foundation regarding its $100 million endowment was held on Nov. 29, 2022. (File)

In an effort to combat climate change, the Ivey Foundation will be distributing its $100 million endowment to supporting partner organizations over the next five years.

According to a press release, Canada’s sixth oldest private family foundation, the Ivey Foundation announced Tuesday that it will wind up operations by the end of 2027 and disperse its entire $100 million endowment over the next five years, beginning in 2023.

The decision comes as the foundation marks its 75th anniversary, with over $100 million donated to charity since 1947, and is aimed at improving “the well-being of Canadians and Canada's natural environment."

According to the release, this will “double the Foundation's lifetime grantmaking and increase the capabilities of the Foundation's core partners on the front lines of Canada's climate and energy transition.”

Also impacting the foundation’s decision was the realization that philanthropic resources can – and in some cases should – be fully utilized to address the most pressing issues of our time.

“After careful consideration, Ivey Foundation's board of directors reached their decision based on the recognition that foundations need not continue in perpetuity for perpetuity's sake,” according to the release. “For example, Ivey Foundation's singular focus on a current, urgent issue of vital importance to Canadians – climate change – makes it well-suited to a timely capital distribution to achieve maximum impact.”

The foundation’s announcement comes at a time where Canada has less than 30 years to achieve net zero and eight years to reach 2030 climate targets.

According to the Lourie, funneling all of the foundation’s resources to the clearest solutions to achieve net-zero will have the “greatest impact” to helping Canada address climate change.

“Ivey Foundation will continue granting through its Economy and Environment Program to support initiatives that accelerate a prosperous future. These initiatives, in partnership with governments, NGOs, academics, and industry, are designed to set Canada up for success as the world moves to decarbonize,” the release reads.

Funding will be distributed to the strong partner organizations the foundation currently partners with, including the Canadian Climate Institute and Farmers for Climate Solutions, among others.

A detailed wind down business plan is currently under development.

Late Mississauga Mayor Hazel McCallion is being remembered for the many ways she contributed to not only to the city she led for 36 years, but also the province and country following her death on Sunday morning.