The number of hate occurrences reported to London police has grown by more than 50 per cent for a second year in a row.

A new report to the London Police Services Board (LPSB) reveals a troubling trend for hate crimes and hate incidents:

The number of hate occurrences has been steady at about 60 in each of the previous three years (2017-2019).

Black, LGBTQ2+, and Muslim Londoners were most frequently targeted in the reported occurrences.

There were 55 criminal charges laid by police related to hate/bias occurrences in 2021, a 120 per cent increase over the previous year.

Last June, the pride flag was ripped from the porch of Stephen Karchut and his partner’s home in southeast London — It was later found burned.

The incident was one of the hate occurrences reported to London police last year. 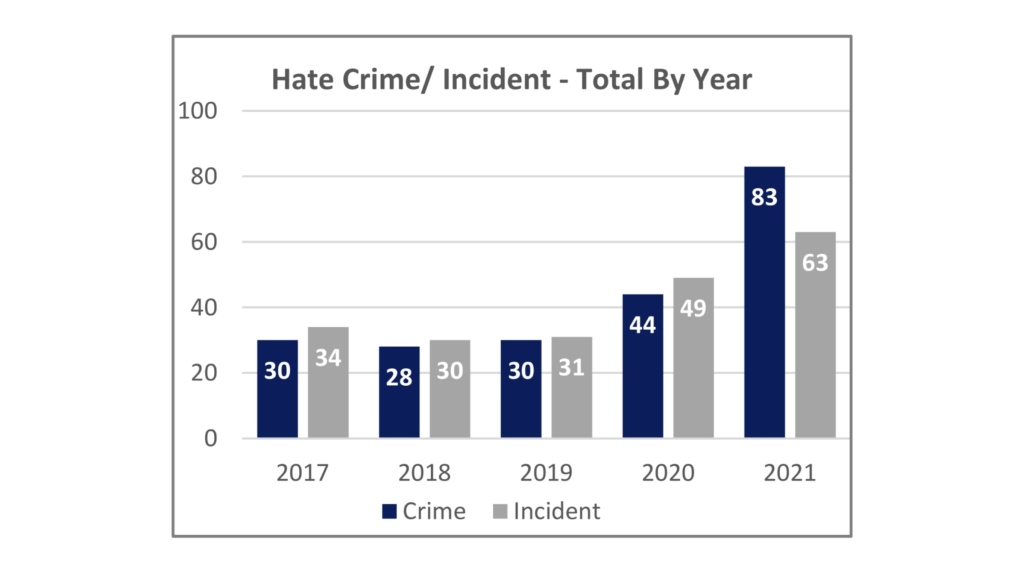 “Anecdotally, we’re hearing it,” Nawaz Tahir says the local Muslim community is aware of the rising amount of hate in London.

Tahir believes growing confidence to report incidents to police only accounts for part of the increase.

The police data is broken down into two subsets, hate crimes and hate incidents.

Hate crimes involve a violation of the criminal code, whereas hate incidents such as hostile speech do not meet the criteria to charge an individual. 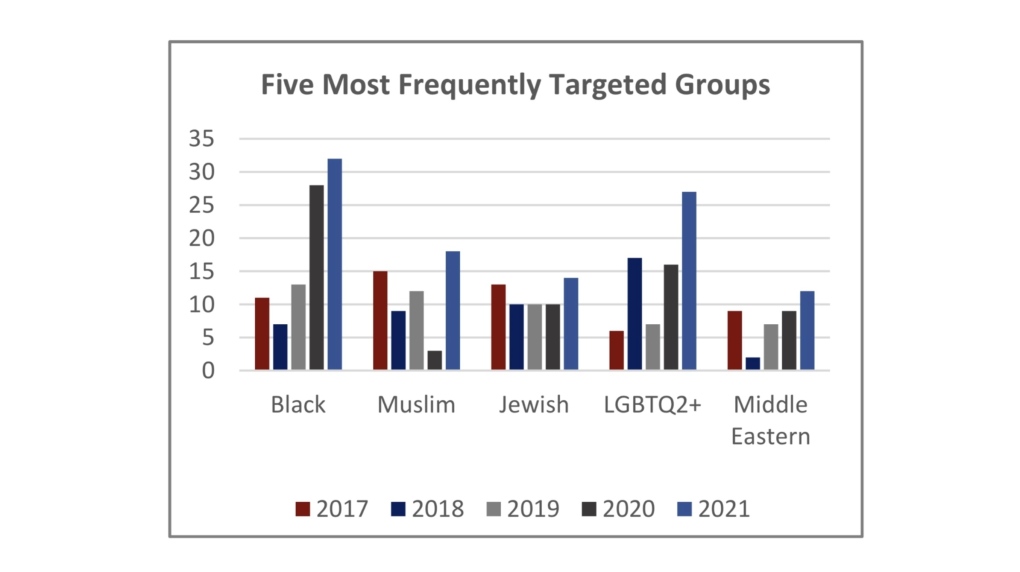 He says the Our London Family Act proposed by the National Council of Canadian Muslims calls on the federal government to broaden and strengthen hate crime laws in Canada.

It also calls for the creation of a Provincial Hate Crime Accountability Unit that would offer support and investigate failures in fighting hate.

“Part of why we are seeing this is people who traffic in hate feeling empowered,” added Tahir.

“I’d like to see more of an education system put into our schools, [teaching] tolerance.”

The London Police Services Board will consider the 2021 Hate-motivated Crime and Incident Report at its May 19 meeting.