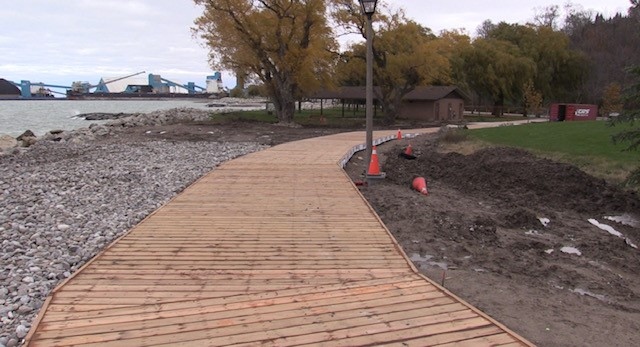 Improvements to Goderich’s shoreline will end up costing more than $3 million.

The cost of reconstructing Goderich’s nearly 1.4-kilometre boardwalk over the past two summers will cost a little over $1.2 million.

Hardening Goderich’s shoreline to protect if from erosion will end up costing approximately $1.9 million.

Government grants and reserves covered the majority of the costs, say staff reports coming before Goderich council this week.

The financial impact of the first year of paid parking along Goderich’s shoreline is also being shared with the public.

The town expected to bring in roughly $360,000 in revenue from June to September parking along Goderich’s waterfront.

Staff is recommending continuing paid parking, along with other improvements, along the town’s extensive waterfront.