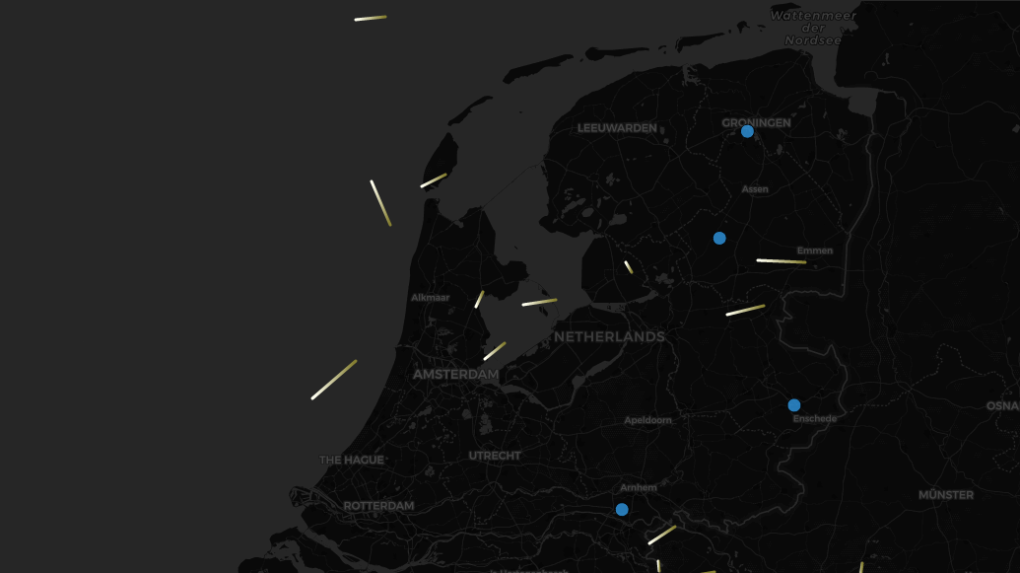 The goal of the project, led by Denis Vida, a postdoctoral associate at Western, is to ensure unique or rare space events are not missed.

Vida explained in a statement, “Other astronomers can pool their resources to build a big telescope on top of a mountain where the skies are dark and clear year-round, but meteor astronomers need spatial coverage most of all."

Meteors can occur anywhere in the world, happen close to earth and often burn up at around 100 km above the surface -- so they can only be well observed from within about 300 km and need to be seen by cameras in at least two places to get the exact location.

That's where the Global Meteor Network comes in.

In March, the network helped locate a rare portion of a meteorite that landed in Winchcombe, England on Feb. 28 and figure out where in space it originated.

“Its role in the recovery and analysis of the Winchcombe meteorite fall is proof positive that GMN works,” said Vida.

The first system to observe meteorites was installed at Western in 2017, and it continues to grow as the cost of meteor cameras has declined.

GMN also publishes the orbits of all observed meteors around the world within 24 hours of observation. The location of cameras and meteor data can be seen here.

The network also hopes to better understand flight patterns and flux capacities of meteorites, and even predict future events.

CBRE Group Inc. says the national office vacancy rate hit 15.7 per cent in the third quarter for the highest level since 1994 as people continue to work from home because of COVID-19.

The United Conservative Party says it will be moving up its annual general meeting in 2022 from the fall to the spring, and it's Jason Kenney's idea to do so.