'Getting shivers about it': Londoner ready for gold medal game vs. USA

LONDON, ONT. -- Bob Martin has been inside Team Canada's World Junior bubble for the past 54 days. That ends Tuesday night when Canada faces the USA for the gold medal.

"I'm getting shivers about it," says Martin, who is acting as security liaison for Canada for the seventh straight year. "We have the game tonight and I'm excited as the players and everyone at home." 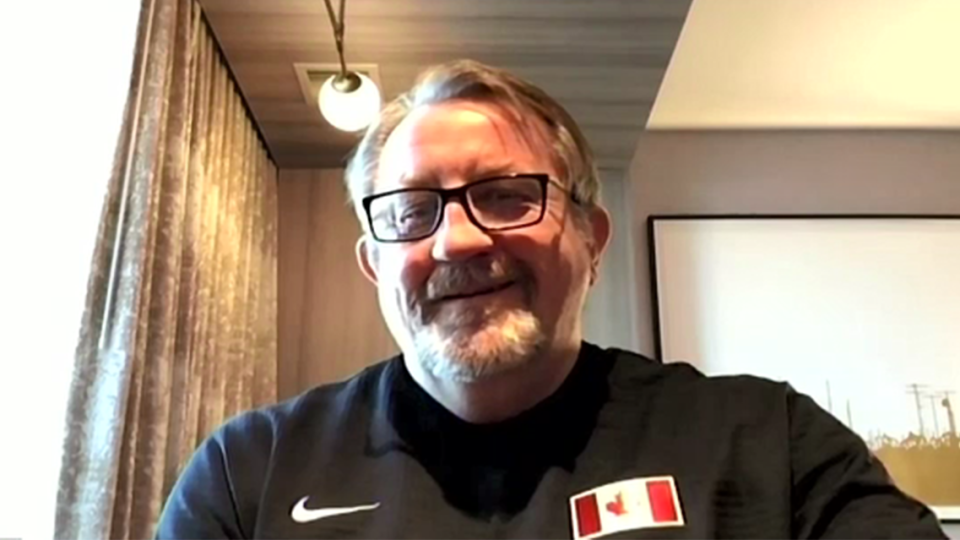 The former OPP officer is as friendly a person as you'll meet, and his positive demeanor is perfect for his role.

"What helps me is knowing the running of a junior hockey game," says Martin. "I make my way around the dressing room and check on coaches, trainers, physiotherapists and interact with the players quite a bit. My number one goal is to keep players upbeat and ready to go."

I doesn't take much to get the players geared up for a gold medal game against the USA.

It's the 48th time they've met head-to-head and the fifth in a championship game.

Canada won the first in 1997, blanking the USA 2-0, but the Americans have taken the last three, all of them thrillers.

"The next best thing to Canada-Russia in the semifinals is Canada-USA for gold," says Jon Abbott, an Aylmer, Ont. native who is hosting the game for TSN Radio.

"It’s a rematch of 2017 which the U.S. won in a dramatic shootout and these countries are always fun to watch, especially when both are playing so well."

Abbott says the saddest part about Tuesday night's contest is that there are no fans in the stands in Edmonton, Alta. to watch it live.

However, he says the entire country can be on board watching as players from provinces coast to coast are represented.

"We know the big U.S. stars, but I think Canada's depth in forward and defence wins out."

Martin says the kids are 'dialed in' the same way they were under Dale Hunter a year ago. It's been a long 54 days in the bubble waiting for the final, but Martin says he did get a boost to push him to the finish line this week.

His son Colin surprised him with a visit outside the arena.

"Colin's wife Cassidy's parents are from the Edmonton area," says Martin. "The original plan was for everyone to come and visit and stay here for the tournament. Colin gave me a shout to come to a walkway over to the rink. I looked down and saw Colin, Cassidy, Marlee (Bob's granddaughter) and they had a sign that said 'Go Grandpa' and 'Go Team Canada.' It brought a few tears to my eyes, to tell you the truth."

The excitement is palpable as game time approaches and the vibe is making its way inside the bubble.

"The well-wishers have been unbelievable," says Martin.

"Throughout our conversation my phone has buzzed seven to eight times. I can't thank the people more for the support and hopefully we can bring that gold medal back to you."

I had some special visitors today on day 49 in the Bubble. My son Colin & Cassidy and baby Marlee made my day by surprising me with a ”Window Visit.” They also had a great support sign for Team Canada and myself. What a great start to 2021!!! #WorldJuniors pic.twitter.com/4SMxjx3zFb