From blueprint to buildings: Foundation of redevelopment rises in SoHo 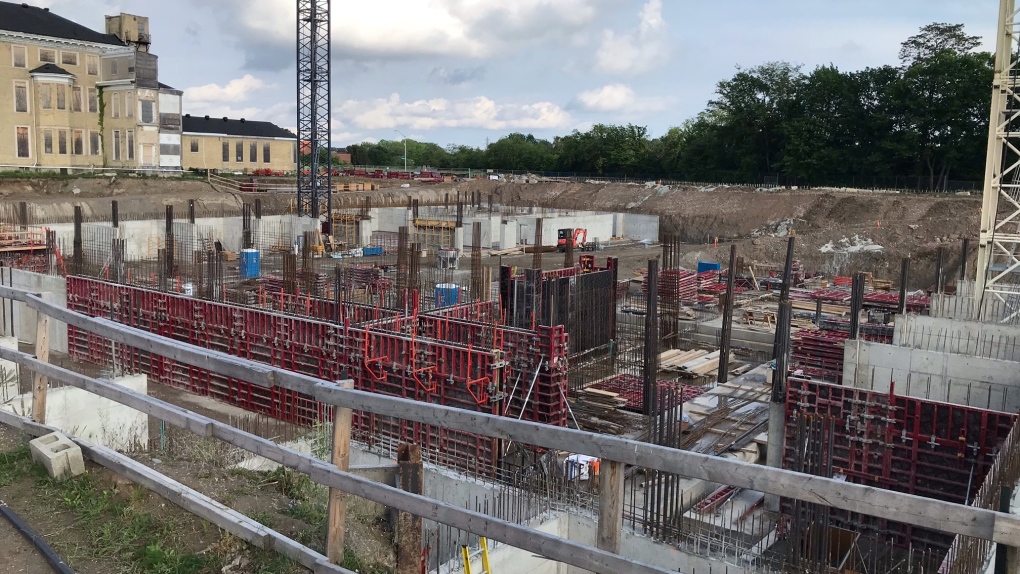 The foundation and initial basement levels are being poured for a twin-tower highrise at the at site of the former Victoria Hospital South Street campus in London, Ont., Thursday, June 3, 2021. (Sean Irvine / CTV News)

LONDON, ONT. -- After years of waiting for it, the newest attraction in London’s SoHo neighbourhood is under construction.

The foundation of the redevelopment of the former Victoria Hospital lands is moving ahead quickly.

A pair of cranes dominate the skyline on the south side of South Street, while construction on the north side is expected to begin later this year.

After a few false starts on prior projects, physical construction is well underway. At least one of two towers is planned to reach over 20 stories.

The development will also incorporate the oldest surviving hospital building at the corner of South and Colborne streets. 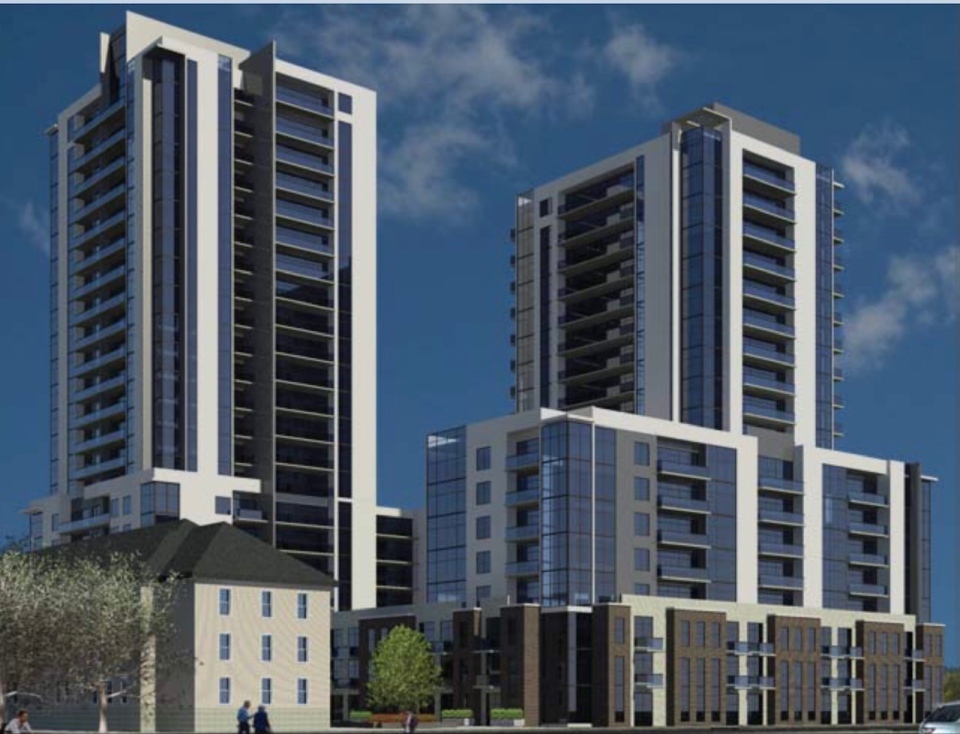 A 2018 artist's rendering of the two-tower development currently being built on the north side of South Street at Colborne Street in London, Ont.

Across the road, a five-agency local initiative building plan approved by city council has yet to break ground.

The $100-million project was approved in February with a planned three-year construction schedule.

It will also include the redevelopment of two former hospital buildings.

Most residents living in SoHo say they are elated by the sight of actual construction and they look forward to many new neighbours.

Tom Doan has called SoHo home since 2005. He believes the new development will create a vibrant dynamic.

“It’s thought it’s going to be a nice mix of having newer buildings for people in my age group. And having of a mix of the older people who like to retire in this area.” 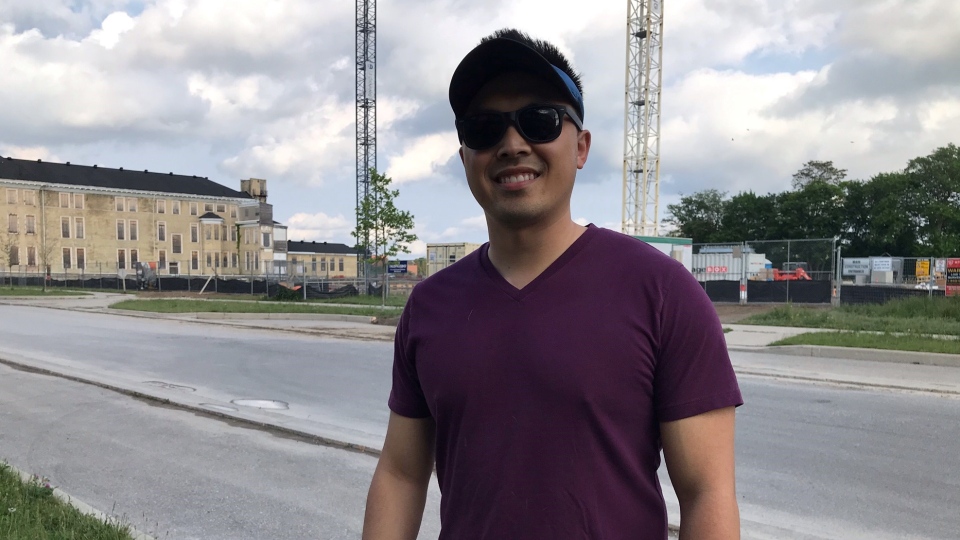 "We’re excited to see it to come up, and I think the construction doesn’t bother us too much. When we were in Toronto before this, it was like constant in the downtown. So we’re pretty used to it and I think it’s just exciting to see what they’re going to do to it. And also that they are going to repurpose the old buildings because they are particularly beautiful.”

Still, Young, who says he’s witnessed the positive and negative side of gentrification in his former cities, believes the plan for SoHo is the right mix.

Developers are promising to build a fairly even mix of market-price rental apartments along with affordable units.

London Mayor Ed Holder stated earlier this year that the developments are “a significant milestone in bringing more affordable housing for Londoners.”