Flood victims band together to demand action in Sarnia, Ont.

Flood victims band together to demand action in Sarnia, Ont.

Eleven days after storm and wastewater flooded the home of Stephanie Lammers debris is still piled by her curb. “I’m still living in a wet basement,” she tells CTV London.

Lammers is one of the hundreds of Sarnia residents still cleaning up from a severe rain event on Aug. 4.

But for most, including David Wood, it is far from the first time. He was in his basement as water poured in. “All of a sudden it starts coming up the floor drain. And it really starts coming!”

Within minutes Wood says over a foot of water (14 inches/36 cm) filled his basement. Suddenly, he says, his couch was floating while his freezer was setting sail.

“I discovered your freezer will float, and it’s a lousy boat,” he said. 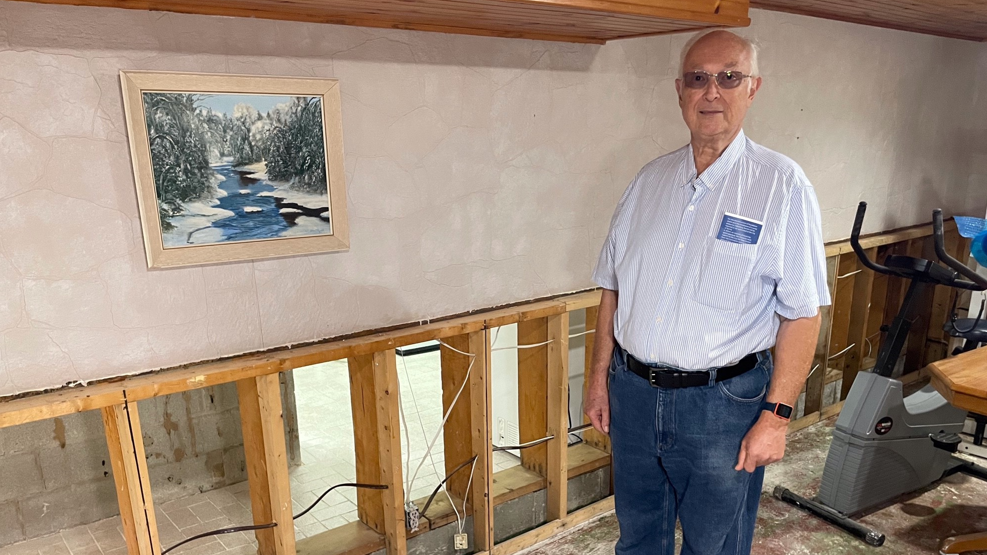 Tired of being in the ‘same boat, Wood has started a petition and organized a meeting of residents this week.

He says his neighbours want the city to do more immediately to prevent a known flooding issue in the Coronation Park area. “A survey really needs to be done of all the houses, and all the plumbing to find out where the water going.”

On Friday, the city agreed to expand a program to look at areas where stormwater may be mixing with sanitary sewers.

Stephanie Lammers stands in front of a pile of carpet removed from the flood damaged basement of her home on Aug. 15, 2022. (Sean Irvine/CTV London)

But even if identified, a release concedes it will likely take years to develop a plan to invest in new infrastructure.

That’s too long for Stephanie Lammers. She already paid to flood-proof her basement, but still, the water gets in.

It's an issue Wood wants to fix. And to be sure he can, he has made a decision. “I registered to run for city council this morning,” he revealed.

The public meeting for flood-impacted residents will be held at 7 p.m. on Wednesday at Community of Christ Church at 1104 Leckie Drive in Sarnia.