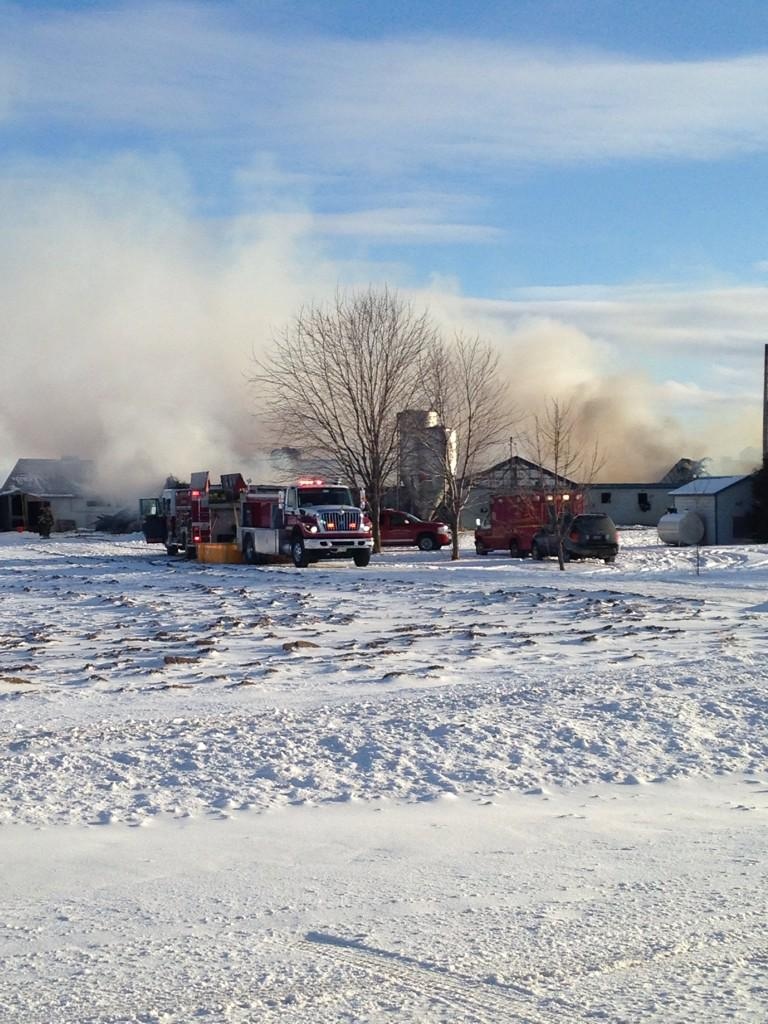 Emergency crews were called to the scene after a fire engulfed a barn on Parkhouse Drive near Melbourne, Ont. on Friday afternoon.

Middlesex County OPP say Parkhouse Dr. had to be closed between Thames Rd. and Mayfair Rd. to allow crews from Southwest Middlesex Fire and Strathroy-Caradoc Fire to safely put out the blaze.

Police were called to the scene just before 1:30 to assist with traffic control.

Officials say a large number of pigs were in the barn at the time of the fire and it is likely a number have perished as a result, but exact numbers are not available at this time.

Firefighters worked quickly to try to rescue as many baby pigs as possible, while farmers attempted to coax larger pigs out of the barn.

The fire is not believed to be suspicious, but an exact cause has not yet been deteremined.