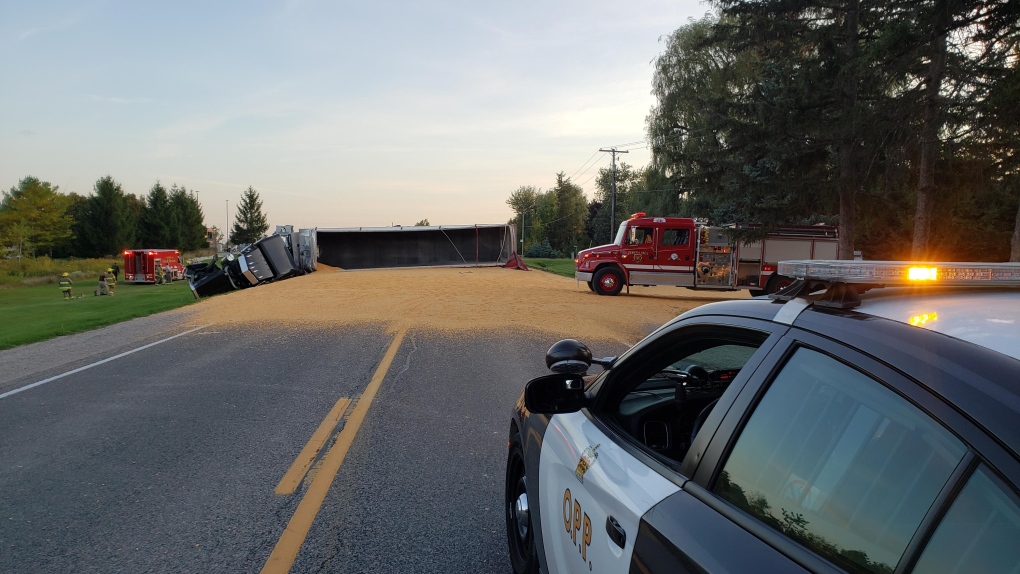 The aftermath of a fatal crash near Grand Bend, Ont. on Thursday, Oct. 10, 2019 is seen in this image released by OPP.

LONDON, Ont. - One man has died and another driver was injured after a collision on Bluewater Veteran's Highway (Highway 21) near Saint Joseph, Ont.

According to police, a car entered the highway from a private drive into the path of a northbound transport truck that was travelling at highway speeds.

The deceased has been identified as 85-year-old Joseph O'Brien from Dashwood.

The roadway was closed for several hours for the traffic investigation and to clean up the full load of corn spilled onto the roadway and into the ditch.