Driver killed after truck slams into building in Exeter 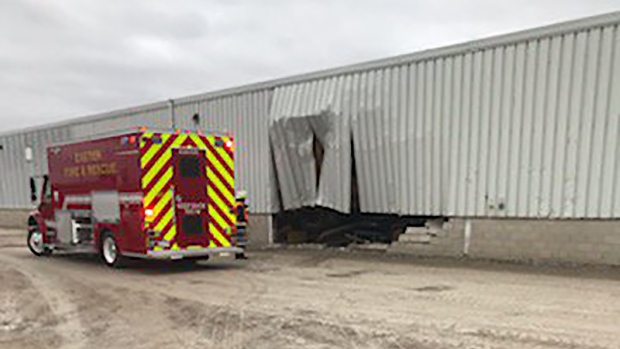 LONDON, Ont. - A truck driver is dead after slamming into a building in Exeter on Thursday afternoon.

Emergency crews were called to an industrial building on Thames Road East around 2:45 p.m.

The man was transported to a local hospital where he was later pronounced dead.

His name is not being released at this time and the Ministry of Labour has been called in to assist with the investigation.