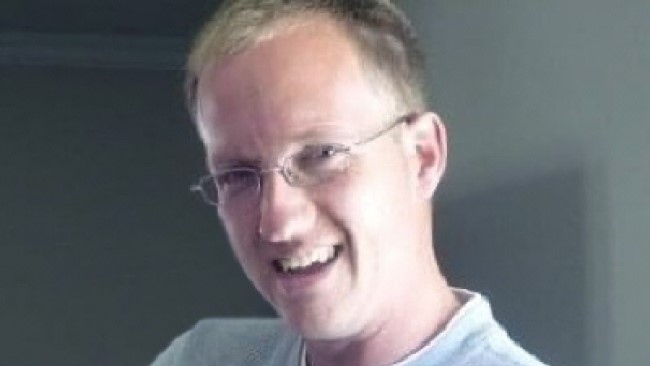 Johannes Francis Smolders, 45, of Strathroy has been identified as the victim.

OPP have charged a 51-year-old man in connection with the death of a Strathroy, Ont. man last October.

Johannes 'Ewan' Smolders, 45, died after he was struck while riding his bicycle along Calvert Drive on Oct. 11, 2021.

OPP say on Thursday, they took 51-year-old Frederick Earhart of Brooke-Alvinston, Ont. into custody without incident.

He has been charged with failing to stop at an accident resulting in death.

He was being held in custody pending a bail hearing on Friday.

Just last month OPP appealed for the driver involved in the collision to come forward. The video included an emotional plea from Smolders' wife and family.

War wounds: Limbs lost and lives devastated in an instant in Ukraine

There is a cost to war — to the countries that wage it, to the soldiers who fight it, to the civilians who endure it. For nations, territory is gained and lost, and sometimes regained and lost again. But some losses are permanent. Lives lost can never be regained. Nor can limbs. And so it is in Ukraine.

NATO Secretary-General Jens Stoltenberg said Wednesday that the military alliance stands ready to seize a historic moment and move quickly on allowing Finland and Sweden to join its ranks, after the two countries submitted their membership requests.

NEW THIS MORNING | 'Please' before 'cheese': Answers to your royal etiquette questions

'It's the only option': Some Finns in Canada favour NATO bid

Ukrainian fighters extracted from the last bastion of resistance in Mariupol were taken to a former penal colony in enemy-controlled territory, and a top military official hoped they could be exchanged for Russian prisoners of war. But a Moscow lawmaker said they should be brought to 'justice.'

Former Pentagon officials have briefed at least three Canadian members of Parliament about unidentified flying objects, according to a Manitoba MP and a Texas-based researcher.

Canadians in the dark about how their data is collected and used, report finds

A new report says digital technology has become so widespread at such a rapid pace that Canadians have little idea what information is being collected about them or how it is used.