For the first time in two months, Chesley, Ont. residents can head to their hospital’s emergency department for help with their health.

“We’re very happy the emergency department is open. It’s not as much as we’d like it to be, but it is what it is. At least, we have some service for the community which is great,” said Dr. Jacqueline Wong, physician site chief at the Chesley Hospital.

After being closed since Oct. 6 due to a lack of qualified nurses, Chesley’s emergency department reopened on Monday.

Its new hours going forward with be from 7 a.m. to 5 p.m. Monday to Friday, meaning the emergency department will still be closed weeknights and weekends.

Chesley’s emergency department has been dealing with rolling daytime closures for the past year, after being closed in the overnight hours for the previous two years. A short lived return to 24/7 emergency department coverage ended abruptly this spring. A community meeting in October brought out most of the town’s 1,800 residents. 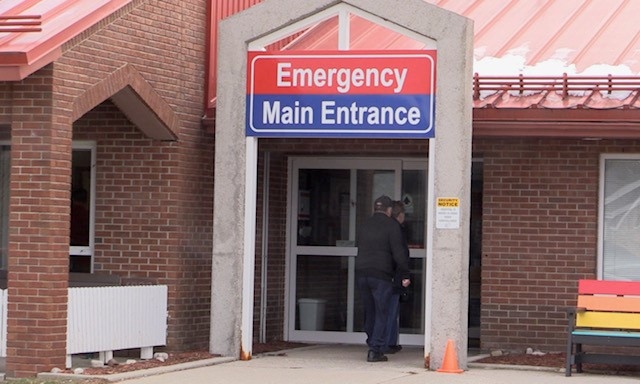 “Years ago, bus loads of people went down to Queen’s Park to fight to keep this hospital open, so this isn’t a new thing for us,” said Walsh.

While the community continues to push for the return of 24/7 emergency department coverage in Chesley, hospital administrators said it will be a daily struggle to maintain their current daytime hours with sick calls and staff shortages.

They expect more rolling temporary emergency department closures this year and next.

“Even today, we had a sick call, so we weren’t sure we were going to be able to open, and that’s the way it’s going to be probably going forward, at least in the near future,” said Wong.

“For the people of Arran-Elderslie, yes, it’s better than nothing,” added Walsh.

'Don't be numb to this': Battling despair over gun deaths

When President Joe Biden signed a bill last year to fight gun violence -- the first such measure to pass Congress in a generation -- a substantial majority supported it. But 78 per cent said they believed it would do little or nothing at all, a survey by the Pew Research Center found.

Tyre Nichols' fatal encounter with police officers in Memphis, Tenn., recorded in video made public Friday night, is a glaring reminder that efforts to reform policing have failed to prevent more flashpoints in an intractable epidemic of brutality.