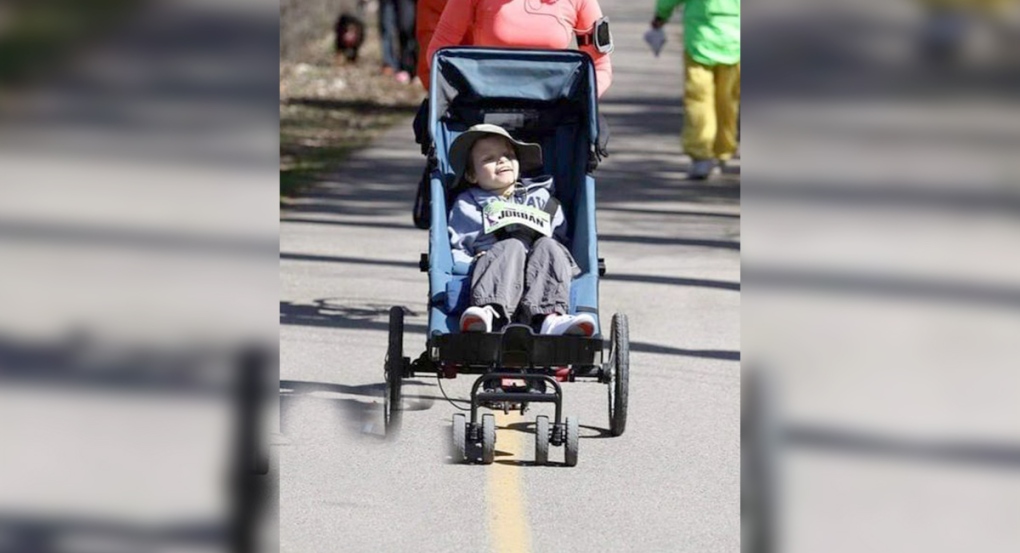 LONDON, ONT. -- It was the night of October 5th when Jordan Riley’s jogging stroller was stolen from his moms property in White Oaks.

Jordan, who’s 20 has advanced sclerosis and has never walked. The specialized jogging stroller is the only way his mother Meda Riley is able to get her son out of the house for walks with assistance.

Jordan was born with multiple health issues and has had 11 brain surgeries.

Having the specialized jogger stolen was another blow to the family, especially because it costs roughly three-thousand dollars for replace.

CTV has learned several community organizations are coming together to fundraise to replace Jordan’s Jogger.

The Children’s Health Foundation, Forest City Road Race and Thames Valley Children’s Centre have set up an online fundraiser since the stolen jogger was never found or returned.