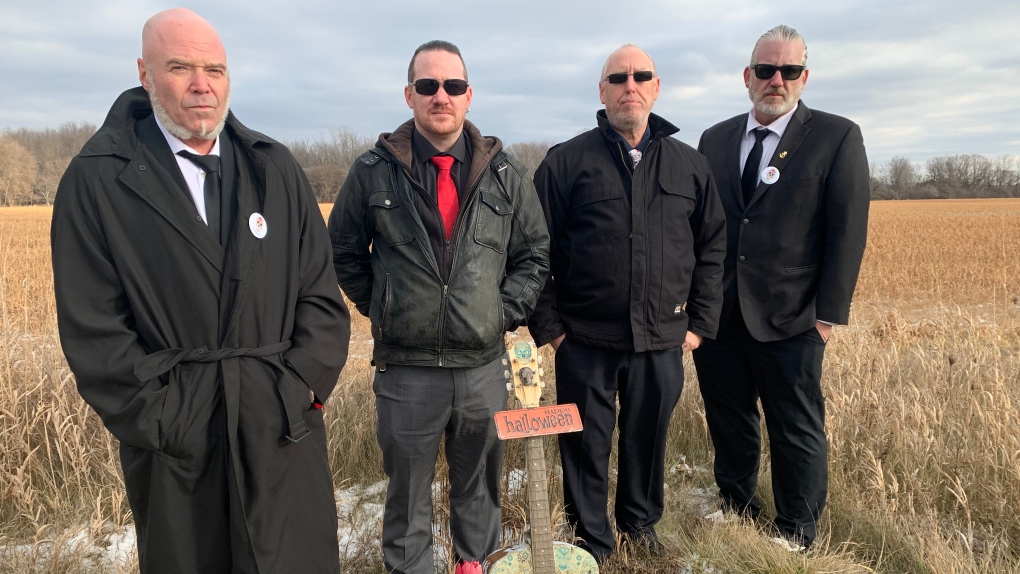 Elgin Middlesex London MPP Rob Flack brought attention to a campaign that could help save lives on Ontario roads in the future.

Flack made a member’s statement at Queen’s Park on Thursday where he recognized the “Extinguishers for Cindy” campaign.

“This tragic incident, an accident, was the result in a campaign now called ‘Extinguishers for Cindy’ and they’re calling for Cindy’s Law to be established in this province.”

Named after Cindy Devine, who was killed in a car fire two years ago, the campaign pushes for the mandate of a fire extinguisher in every vehicle in Ontario.

Cindy’s husband Richard Devine, was on hand in Toronto for the reading. He said it’s an important first step.

“Definitely don’t want to have anybody else go through what my family’s gone through, new friends I’ve made, what they’ve gone through, and it’s just… it’s not worth it.”

Cindy’s long time friend, Tony Bendel started the campaign. He was also on had for the formal reading Thursday.

Cindy Devine, 35, was killed on Oct. 2, 2020 when the car she was driving was involved in a collision on Highbury Avenue south of London.

Among those first on scene was Londoner Bob Reid, who also attended the Queens Park session.

After being involved in the October 2020 tragedy, he believes fire extinguishers in cars could save lives.

“As a human being we want to be given the opportunity to try,” he explained. “With no fire extinguisher, there’s no try.”

The idea of having a fire extinguisher in every vehicle in the province, utilized by lay people, is not without risk according to one fire educator.

“You definitely need to know how to use it, and you also need to know the risks,” said Fire Chief Bill Hunter of the Perth East and West Perth fire departments.

Hunter said he supports the idea, but he believes it’s important to have an educational component for fire extinguishers.

He said car fires have a host of dangers that are not always present in structure fires.

“Firefighters are trained in how to approach a vehicle fire, so that we’re not putting ourselves in a position to being injured by flying debris, or anything else that’s coming out of the car, let alone all the toxic smoke that’s coming off a car. Lot of plastics and fuels that can burn as well.”

In the meantime, Richard Devine and his supporters say they’ll be watching the bill closely as it moves through the legislative process, and they’ll keep up their efforts until Cindy’s Law becomes reality

“Fire extinguisher can save a life- do it,” said Richard.