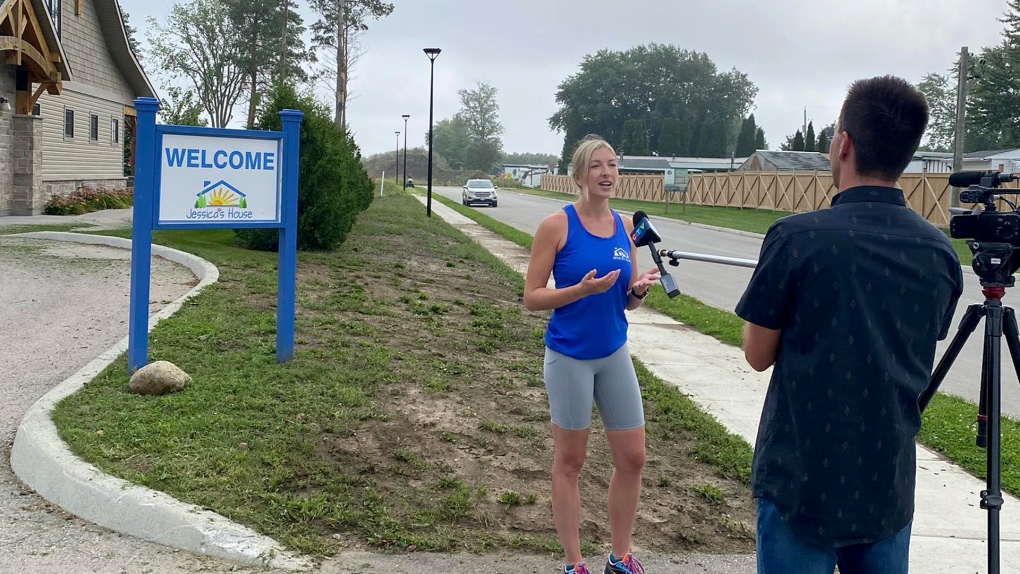 A Huron County woman has completed a grueling marathon and surpassed her fundraising goal by a mile.

Avid runner Nicole Hamather completed a 48-hour marathon — her most demanding race yet. She ran 77 km in two days in honour of her late sister Jessica, who passed away from cancer at the age of 22, in a hospital room.

Inspiring her family and the surrounding Exeter, Ont. community to build a place to die in dignity — Jessica’s House was built and opened in 2018.

Hamather previously told CTV News Jessica’s house receives 40 per cent of its funding from the government, while it is responsible to fundraise the remaining 60 per cent, which goes towards making Jessica’s House a home.

She had an initial fundraising goal of $2,000, but the weekend event has so far netted nearly $40,000 for the Hospice in Huron County.