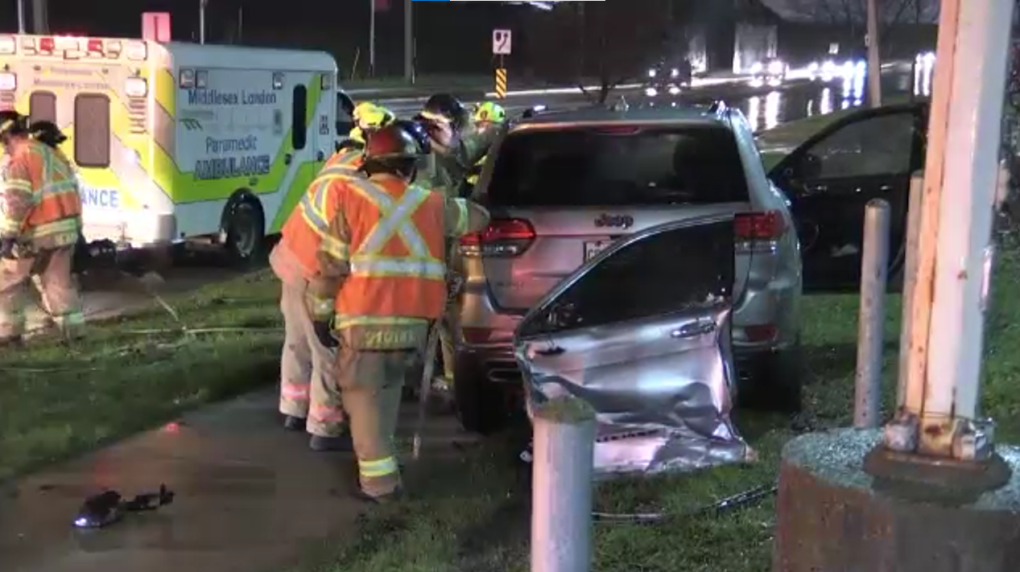 One person was sent to hospital after a two-vehicle collision at Oxford Street and Capulet Lane in the west end of the city.

The silver jeep ended up on north sidewalk of Oxford, and one of the two occupants had to be freed by firefighters and paramedics.

She was taken to hospital but her injuries aren't believed to be life threatening.

The driver of the red jeep was not seriously injured.

There is no word on a cause for the crash, but it was raining steadily through the evening with lots of glare on the slick roads.