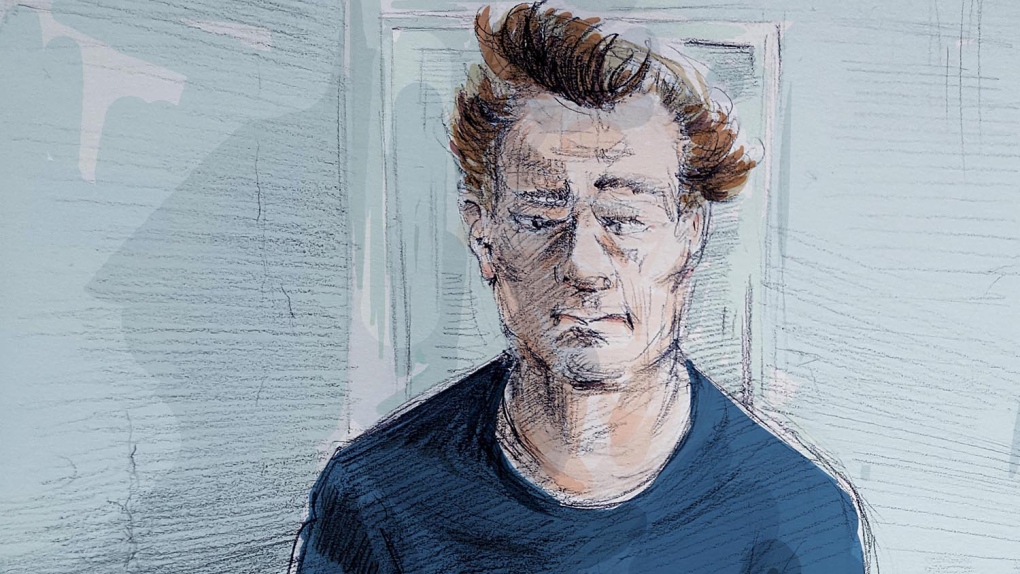 A minor weapon charge against notorious killer and serial rapist Paul Bernardo was withdrawn on Friday almost two weeks before an expected parole hearing at which the dangerous offender will plead for release having spent more than 25 years behind bars, most in solitary confinement.

The prosecution said there was no reasonable prospect of convicting Bernardo of having a "shank" in his maximum-security cell -- a five-centimetre deck screw attached to a ballpoint pen his lawyer suggested was planted either by other inmates or guards.

"As you know, he's reviled not by just people out of jail but by people in jail," Fergus (Chip) O'Connor said outside court. "He had no knowledge of it being there. There were many opportunities for many other people to have placed it there."

Dressed in a blue T-shirt, Bernardo watched the short Ontario court proceedings via video link. He showed little outward emotion and politely answered brief questions as O'Connor began making what will likely be his parole pitch.

His client, he said, has been of good behaviour in "very hard conditions of confinement" and has the support of his "loving parents," who visit him regularly. Bernardo, O'Connor said, has made a "determined effort not to make up for what he's done -- for that can never be done -- but to improve himself."

Also known as the "Scarborough rapist," the now 54-year-old Bernardo was convicted in 1995 of the first-degree murders of two teen girls and numerous sexual assaults. He was labelled a dangerous offender and was not eligible for parole until he had served 25 years since his arrest in southern Ontario in early 1993.

Despite becoming eligible for day parole in February, he has never been out, spending almost all his time in protective custody or solitary confinement at an institution in Bath, Ont.

Self-described activist Linda Beaudoin, of Mississauga, Ont., arrived at the courthouse hoping the prisoner would be there to see the placards she had attached to her car. Bernardo, she said, should not be in protective custody.

"Why should we protect these child rapists and child killers? Why?" Beaudoin said. "There's no protection for victims. None. So we need to deter future criminals from doing these sorts of things."

O'Connor said Bernardo has been paying for his "horrific" crimes, and the parole board will have to look at what has happened since his client's arrest in early 1993.

"Their decision will be not how much he should suffer, but does he present a risk," O'Connor said. "The rule of law must prevail. The issue is not just desserts, the issue is risk."

Bernardo's sadistic sex crimes, some of which he videotaped, sparked widespread terror and revulsion.

He kidnapped, tortured and killed Leslie Mahaffy, 14, of Burlington, Ont., in June 1991 at his home in Port Dalhousie, Ont., before dismembering her body, encasing her remains in cement and discarding them in a nearby lake. He tortured and killed Kristen French, 15, of St. Catharines, Ont., in April 1992 after keeping her captive for three days.

Bernardo's then-wife, Karla Homolka, was complicit. In return for testifying against him, she served 12 years until 2005 after pleading guilty to manslaughter in what critics branded as a "deal with the devil." Homolka is now a mother herself, and last year it was revealed she had been volunteering at a Montreal-area elementary school, prompting it to revise its policies.

Bernardo, who admitted to raping 14 other women, was later convicted of manslaughter in the December 1990 death of Homolka's younger sister, Tammy. The 15-year-old girl died after the pair drugged her and sexually assaulted her while she was unconscious. Homolka would later say she wanted to give Tammy's virginity to Bernardo for Christmas.

Despite the terrible crimes, O'Connor said Bernardo was realistic about his prospects of gaining parole after his hearing on Oct. 17. Bernardo takes responsibility and has worked on his self-improvement and his self-awareness, the lawyer said.

"He's as horrified as you and I are at what he did. The fact is he has over the 25 years experienced personal growth, he has at times seemed to blame others, burdened down by his own guilt," O'Connor said outside court. "I expect that he will take full responsibility, express remorse, and he appears to be sincere in that."