'We need all the strengths of this community at the table’: Unique summit promises bold, new approach to helping the homeless

'We need all the strengths of this community at the table’: Unique summit promises bold, new approach to helping the homeless

As the latest winter blast moved over the city, those without stable housing began to turn their thoughts to where they would sleep for the night, including Brody Salmon.

"Pitching a tent, or building some sort of sleeping cabin,” were among the consideration for Salmon. He and his girlfriend said housing costs are in part to blame for their situation.

"[It] keeps increasing, thus bringing the rental market up more,” he explained. “The cost of living is increasing."

It was those issues and others, including addictions and mental health, that were discussed during a meeting held at the Hellenic Community Centre Wednesday morning. It was the third meeting held as part of a summit on homelessness.

"We have to have the support that needed for folks at the ground level,” said Brian Lester. “Folks that are struggling on the streets of London, to be able to provide not only a safe, stable place to be housing, but also what are those supports that that individual needs to be able to be retained in housing. How do we create community belonging for those individuals?"

Lester is executive director of the HIV/AIDS Connection and was a driving force behind the Carepoint Consumption and Treatment Service. 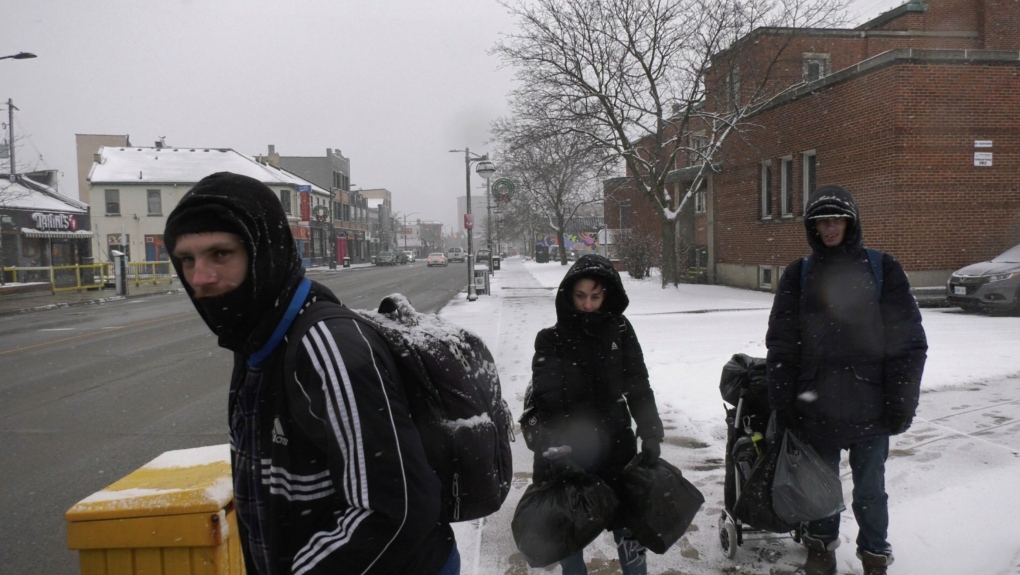 Brody Salmon, his girlfriend, and another friend contemplate how they will find shelter for a winter night on Jan. 25, 2022 in London, On.t (Gerry Dewan/CTV News London)

“We’re going to transform,” added Lester. “We are in a crisis. We’ve had two hundred people die in the last three years. That’s a call.”

Transformative was a term used by many leaving the summit, although no details about the strategy have been revealed to this point.

Jessica Manzara is a care facilitator with the London Intercommunity Health Centre, and was one of the speakers at the summit. She believes that there will be action because more people in the community understand the issues.

"To have a foundation and to really be gritty and understand the true nature of what it is to be housing deprived, in poverty and to be in an opioid crisis,” she said.

The transformation is being fueled, in part, by a $25 million contribution from an anonymous donor, announced at the Mayor Josh Morgan’s State of the City address on Jan. 17. Organizers believe the amount could be doubled, possibly tripled, by government funding and other private-donor contributions.

Scott Courtice is executive director of the London Intercommunity Health Centre, and told CTV News London, “We need all the strengths of this community on the table and we need to take our egos and put them in the drawer and just figure out what needs to be done for the people that need us."

Participants admit that is likely to mean new facilities and additional help for ongoing personal supports at those facilities.

Summit organizers say the full plan will be revealed in February.