LONDON, ONT. -- Unable to host a traditional Hyde Park Santa Claus Parade, organizers decided to station the 'Man in Red' and bring the people to him.

"We were careful to follow all the rules from the health unit and the province and it's presented weekly challenges, but we are thrilled this came together," says Sydney MacLean of the HPLC.

"This year we branded it 'Toys for Tots and Teens'", says Donna Szpakowski, general manager and CEO of the HPBIA.

"What we have heard is teens tend to get left out of these toy drives, so we really wanted to be inclusive."

Everything donated is being re-distributed by the NorthWest London Resource Centre (NWLRC).

"We have not shut our doors during the pandemic," says Amani Radhaa, associate director of NWLRC.

"We are seeing new faces who have never accessed the emergency food cupboard before. Before COVID we were helping about 10 Individuals a day. We are up to 75 per day now. In the prime of COVID we were seeing 160." 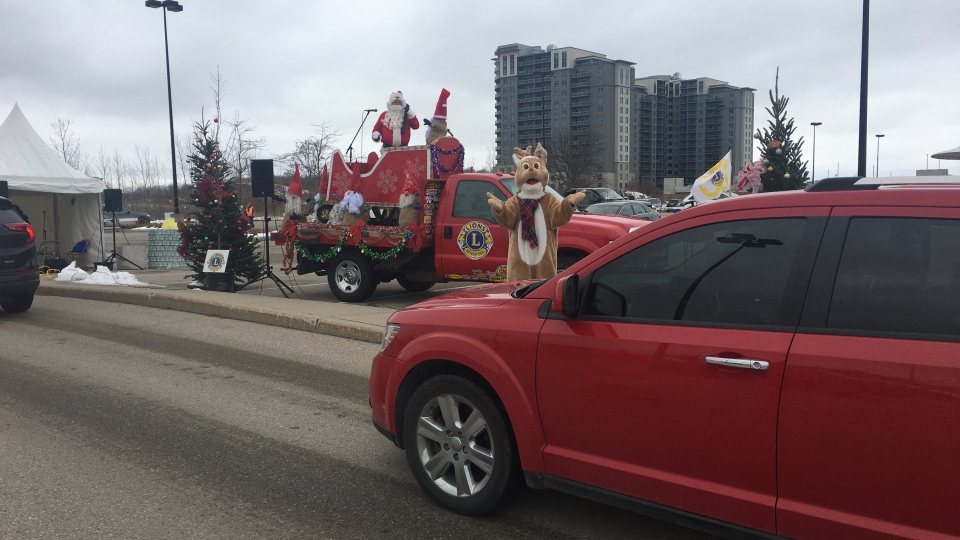 A steady stream of cars made their way through the parking lot which had less than ten organizations greeting people.

Among them was Deputy Mayor Josh Morgan.

"This is important and I'm glad organizers were able to put it on again," says Morgan, who serves as city Councillor for Ward 7, which includes Hyde Park.

"I've got the kids with me and we are driving through. We are going to see Santa in a minute and it's going to be great."

When they did reach the finish, Santa and Mrs. Claus were there to greet them.

"Santa and I want people to know we are still making toys and bringing gifts,” says Mrs. Claus.

"We just have to do it a bit different this year."

While it wasn't what organizers had hoped for in 2020, they did deem it a big success.

"It cut to the chase," says MacLean.

"The goal is for kids to see Santa but also raise donations for NWLRC. We are very happy that we have been able to accomplish those goals."