'Unlikely to be dangerous': Device with radioactive material stolen from vehicle say LPS 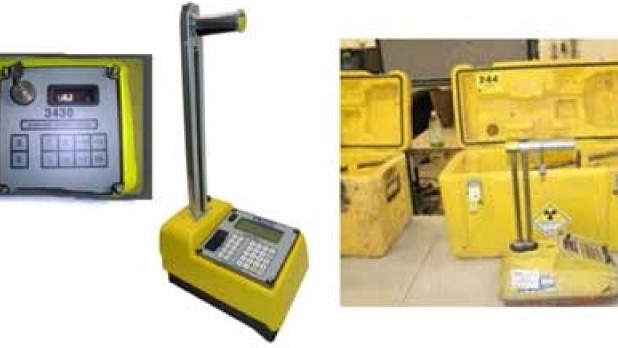 A Troxler 3430 moisture density gauge is seen in this photo. (Supplied by LPS)
London, Ont. -

Items stolen from a vehicle is not normally something that gets much attention, but what if one of those items contains radioactive material?

That is the scenario London police are dealing with after receiving a report of items stolen from a citizen’s vehicle.

One of those items happened to be something called a Troxler 3430 moisture density gauge.

According to the Troxler company website the “gauges are used by many contractors, engineers, and highway departments for compaction control of soil aggregate, concrete, and full depth asphalt.”

They contain radioactive material however the risk of potential harm is considered low and unlikely to be dangerous.

London police sought input from the Canadian Nuclear Safety Commission and they advised that while it is very unlikely anyone would be permanently injured by exposure to the material it is possible that the radioactive material could temporarily injure someone who handles or who is in contact with it, or who is close to it for several weeks.

The item was stolen from a vehicle on Oct. 19 in the 600 block of Dundas Street.

Anyone with any information is asked to call police immediately.