Saturday’s powerful storm left a lasting impact across Ontario as city crews continue to deal with the damage it left behind.

“The paths of damage are long and narrow, just a few hundred meters wide and kilometers long and that’s pretty much the telltale signs of a tornado,” said Dr. David Sills, the group’s executive director.

Sills helped investigate Saturday’s weather system which he said showed two locations in the city that were hit the hardest.

“The tornado started right here at this industrial building on Green Valley, knocking over a power pole…with lots of debris in the air,” he said. 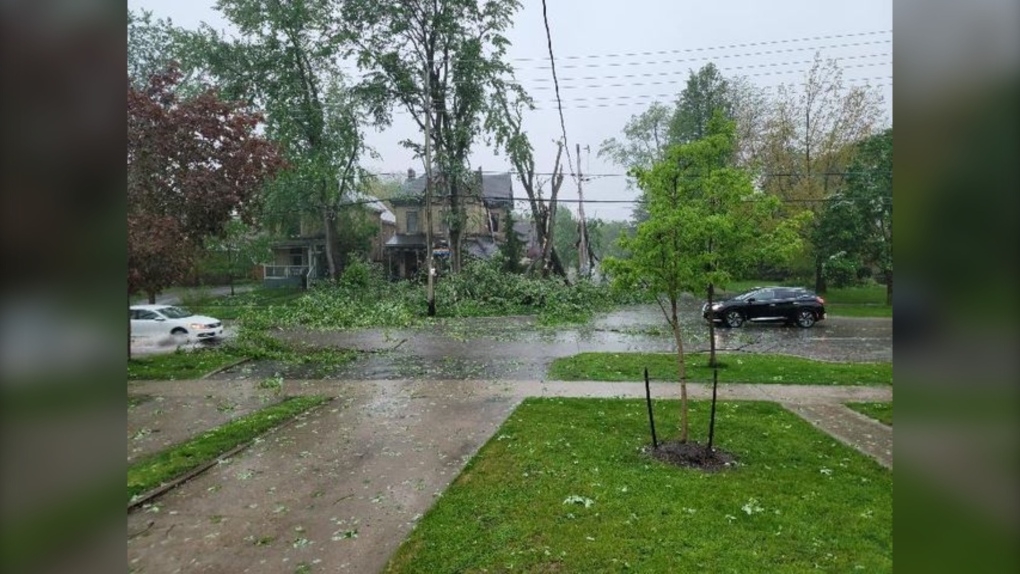 Fallen trees are seen at Waterloo Street and Hyman Street in London, Ont. after a severe thunderstorm passed through the region on May 21, 2022. (Source: Shivang Padhiyar)

The Huron Heights area was also a target for one of the tornadoes in London.

“There was an apartment building that lost its roof covering and threw out a whole bunch of trees in the Huron Heights area, some very large and healthy that actually ended up at the airport that took off some hanger doors and flipped an airplane.”

“This is certainly one of the biggest storms I’ve seen,” said Scott Stafford, with the city’s parks and forestry department. “The amount of trees uprooted right out of the ground is substantial to other storms.” 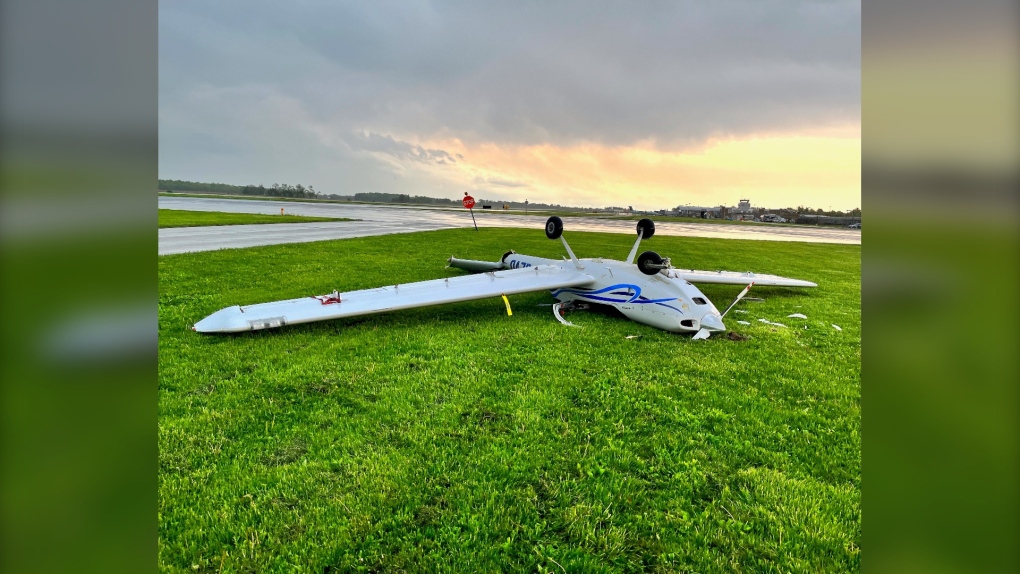 A powerful thunderstorm rolled through southern Ontario on May 21, 2022, damaging buildings, toppling trees, and even flipping a small aircraft at London's airport. (Source: Richard Wozniak)

London city crews have been working around the clock to remove trees and debris from blocking roads and access to parks.

Stafford said the damage goes beyond forestry, as crews work to repair damage to roads, sidewalks and replant trees.

It could take several weeks or even months to repair all the damage from the storm, according to the city.

NTP has confirmed two EF1 tornadoes that occurred along the leading edge of the May 21st #derecho as it moved through London, ON.

Details at the NTP blog: https://t.co/n3xuVoKcTm

We continue to follow up on numerous reports of significant damage in southern Ontario.#ONStorm pic.twitter.com/5DfxkrMO7t