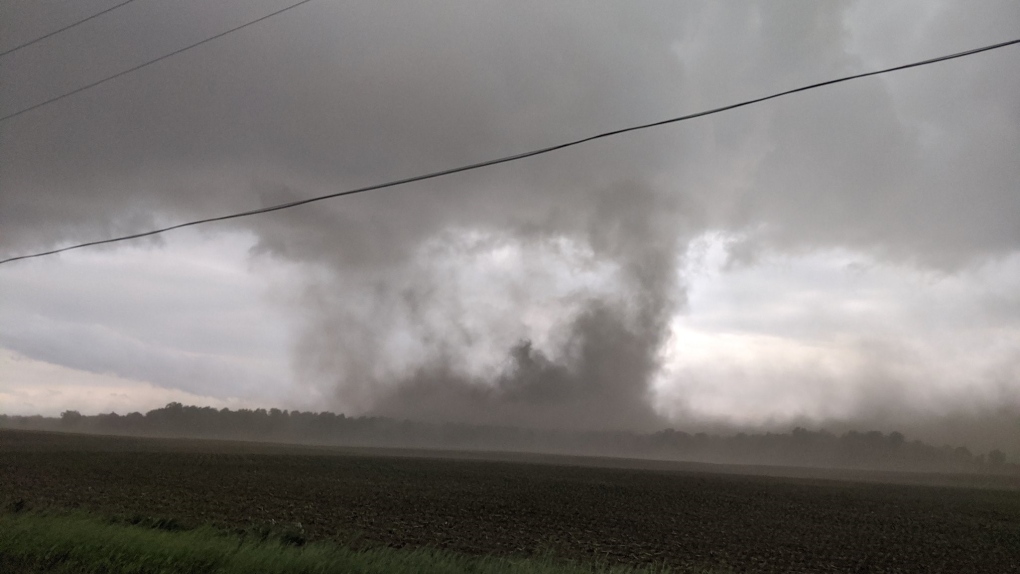 The beginnings of a tornado near Glencoe, Ont. are seen Wednesday, June 10, 2020. (Source: Dave Robins / Twitter)

The Western University research team tweeted Wednesday that two additional tornadoes, in Belgrave and Brussels, Ont. have now been identified.

The one in Belgrave was an EF0 that left damage along a 5.5 kilometre-long path.

The tornado in Brussels was also an EFO that travelled for 3.1 kilometres.

Both hit the region shortly shortly before or at 6 p.m.

There had been reports of trees and hydro lines down in the Brussels area at the time.

Two other tornadoes, in the areas of Glencoe and Belmont, which was confirmed as an EF-1, had already been confirmed on June 10.

Farther afield, tornadoes were also confirmed in areas of southern Ontario including Bracebridge, Baysville and Mary Lake the same day. 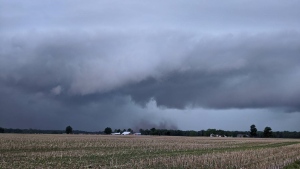