A new collaboration between young people and the Thames Valley District School Board (TVDSB) is helping transform the look and feel of St. Thomas, Ont.

"'Students Build Cities' (SBC) is all about letting teenagers in the community give input, and then making those things happen," says Andrew Gunn, a consultant and founder of SBC.

"We've been very fortunate to be able to work on a lot of community projects here in the area like new parks and new murals." 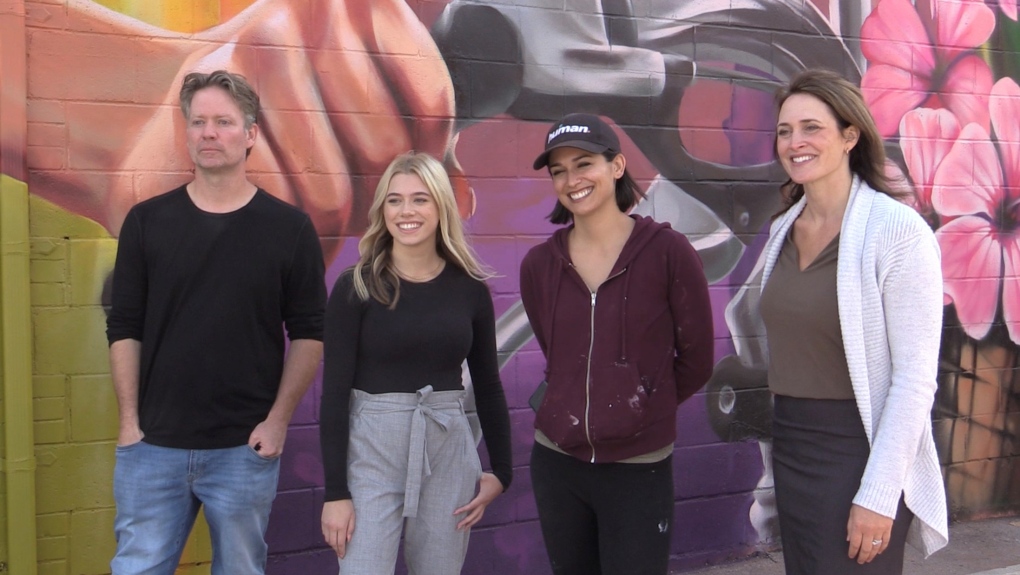 Gunn and his team of teenage journalists have help develop an augmented reality app which partners with TVDSB and also 'Little Free Libraries' around the city.

"I feel more invested because I've seen so many projects that I've put ideas into actually happen, and now I care more about my community," says Maddie King, a teenage journalist who has worked alongside Gunn for a few years.

The new program, which launched this month in collaboration with TVDSB, will see virtual and in-person sessions which will connect local elementary and secondary school students directly to real-life developments that are happening in the community.

"We want the students to feel engaged in their learning, and to be compelled to learn so it's not just because they're trying to get a good mark," says Laura Briscoe, TVDSB Innovation Coordinator.

"We want them to feel invested and then they get to feel a sense of ownership and pride in what they've helped shape." 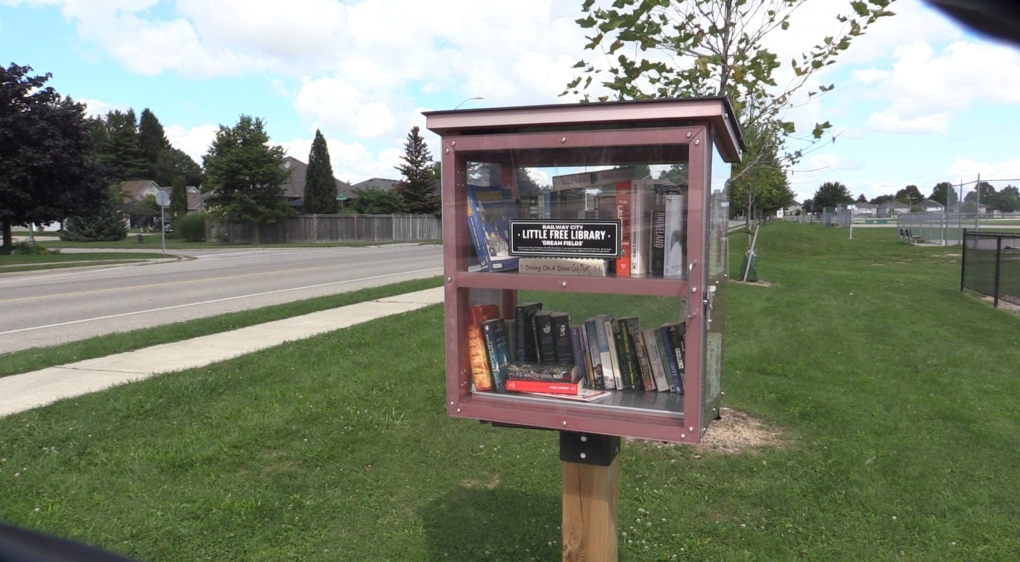 "We met on this new park that's going to be developed and the students discussed what they'd like to see at that park," says Briscoe.

"Most recently in Aylmer there was a new mural that was going to happen and the artist collaborated with the East Elgin students to talk about how they wanted to be represented in an Aylmer."

That wall was painted by Megan Claire Kehoe, who is putting the finishing touches on a new mural at the Ignite Youth Centre (IYC) in St. Thomas. 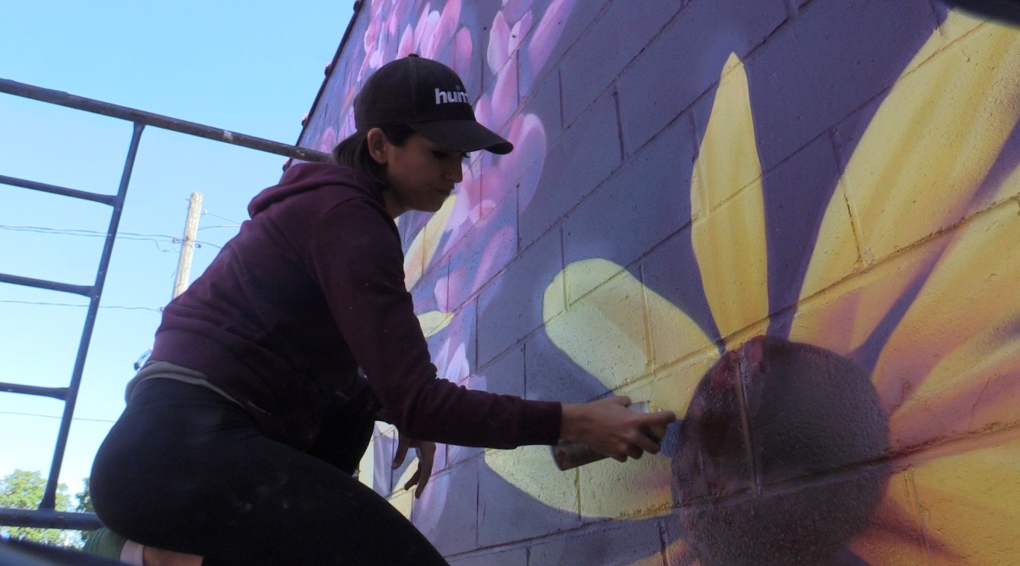 Megan Claire Kehoe paints a mural at the back of the Youth Ignite Centre in St. Thomas, Ont. (Brent Lale / CTV News)

"It's a new experience for me working so closely with students and with the school board to come up with my designs because usually they are solo experiences," says Kehoe.

"The Aylmer one in particular I worked very closely with the students over virtual class sessions while school was still in back in the spring. It was absolutely so rewarding to hear their feedback and seeing them realize that I'm actually listening and that I'm making changes based on their feedback and their input."

Beginning this fall, students will be able to provide input on a series of large-scale projects, including:

At the IYC where Kehoe is painting, students will get their artwork displayed next to hers.

"It's just exciting that it's in a public space so students will feel that the community is valuing what they're creating," says Briscoe.

"The goal is to have every school in St. Thomas, so 13 signs up there, that will represent the students work right right here. We want students to feel connected to industry experts so they're not just having their work represented, but they're learning about the process behind the scenes about how cities transform."

The artist known as Mediah painted the exterior of the IYC, and also one of the picnic tables on Talbot St. Next up, high school students will get to show off their work. 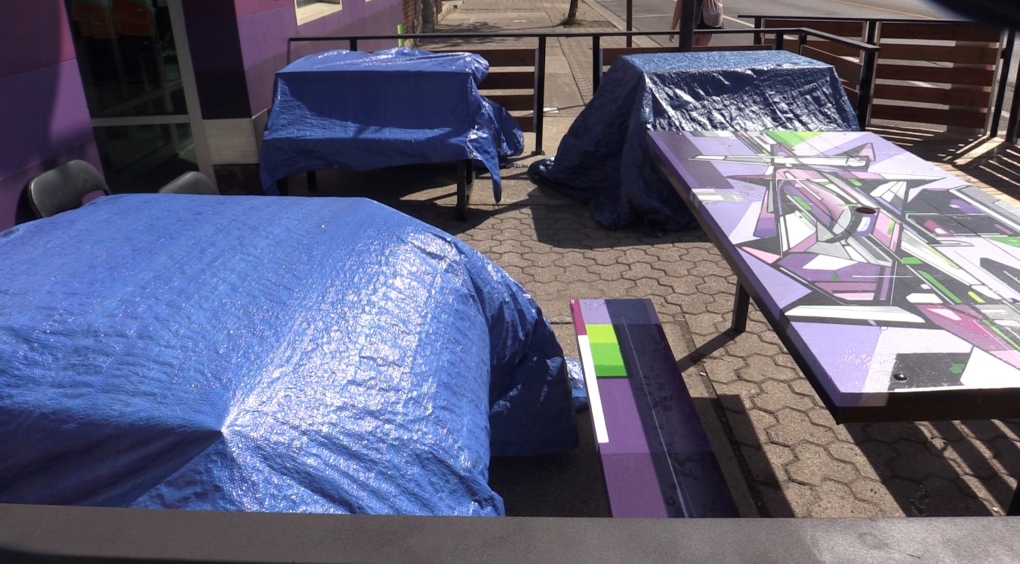 Picnic tables in front of the Youth Ignite Centre in St. Thomas, Ont. will be painted by TVDSB students. (Brent Lale / CTV News)

"In the next couple of weeks here these tables that are under tarps are just going to go out to schools," says Gunn.

"Arthur Voaden, Parkside and Central Elgin students will transform these tables so it's a perfect example of Students Build Cities."

Former U.S. President Donald Trump on Monday sought to block the release of documents related to the Jan. 6 insurrection to the congressional committee investigating the attack, challenging the decision of President Joe Biden.