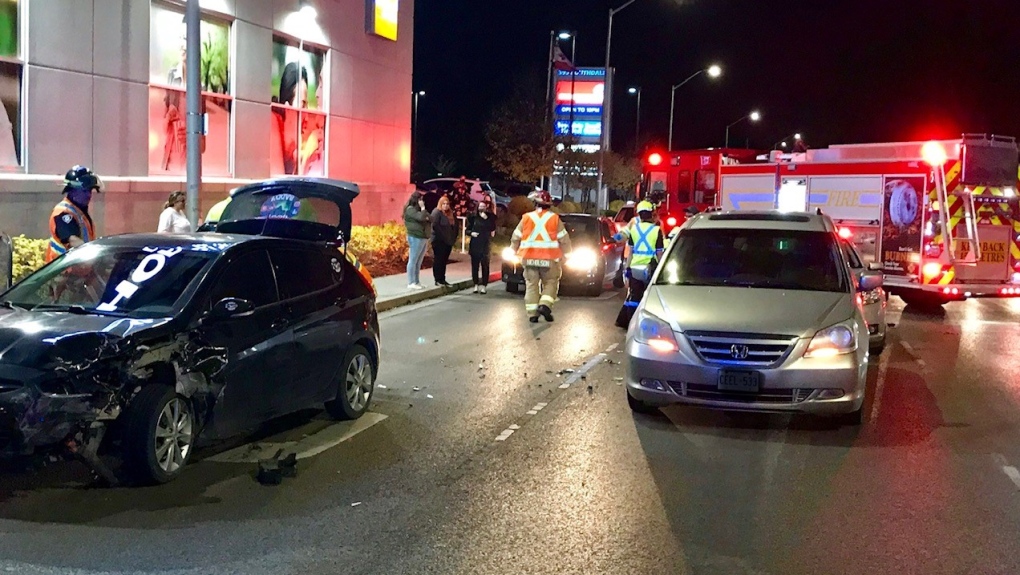 The chain-reaction crash occurred along Southdale Road at Jalna Boulevard around 6:30 p.m.

Emergency crews arrived to find a pregnant woman and the another woman lying on the sidewalk near the smashed vehicles.

Both were cared for at the scene before being taken to hospital.

Their official condition is not known, but at least one was visibly alert as she was put on stretcher and taken away by ambulance.

The collisions only briefly stopped one lane of traffic along Southdale.

An investigation is ongoing.