Thousands turn out in St. Thomas to be extras in Jason Momoa-led 'See'

LONDON, ONT -- Thousands of hopeful extras turned up at the Elgin Centre in St. Thomas on Tuesday morning, all looking for their chance to be a part of a series filming in the area.

The premise behind the Jason Momoa-led Apple TV series ‘See' is that a virus has decimated humankind leaving just a few million people - nearl all without eyesight.

By mid-morning the lineup for the 'go see' wrapped around the entire interior of the mall and then back again - and showed no signs of letting up.

In the line was Jocelyn Dore of London, who has no vision, and auditioned at a friend's encouragement.

"I just think it would be a neat experience. I've never done anything like this before."

That was a common reason for many of the hopefuls in line, as well as to be 'noticed.' 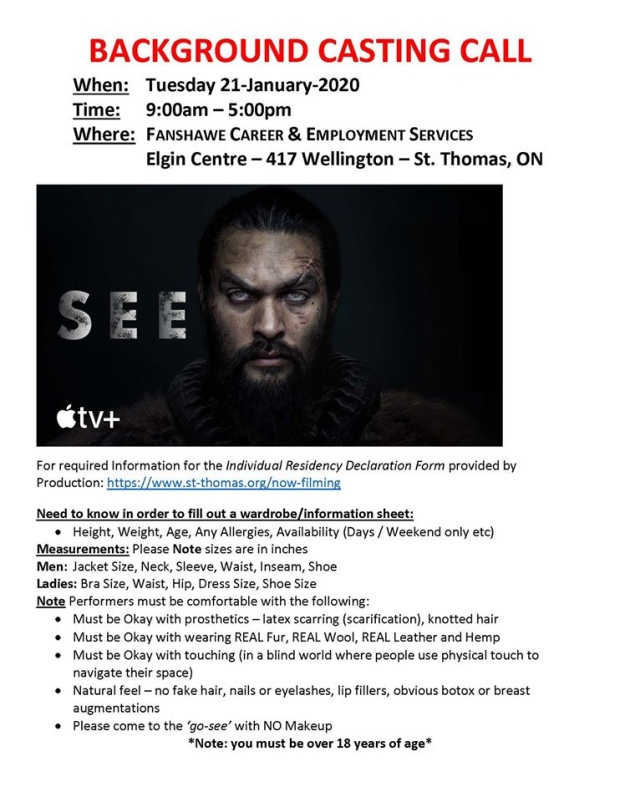 Producers are expected to cast 600 people to appear as extras - and were looking for previous experience as well as the righ look.

Filming for the series in the St. Thomas area will begin in February and last until July.