'This is huge for tourism': Indoor capacity limit increase a boost for London, Ont.

When the puck drops at Budweiser Gardens this Friday, the London Knights of the will have four-and-a-half times more fans in the stands than the previous game.

"We're going to be able to have just over 4,500 [people] now in the building," says Rob Simpson, Knights associate general manager.

During training camp and exhibition games, the OHL team was limited to a maximum of 1,000.

Ontario’s Chief Medical Officer of Health Dr. Kieran Moore made the announcement last week that indoor and outdoor spaces with vaccination requirements can boost capacity. The new rules came into effect over the weekend.

"Now that the news is out there and we're allowed to have more fans, more people want to come to the game," says Simpson.

"This is a great week to be able to come leading into our home opener on Oct. 8 because you can see some of those players that have been gone to NHL camps and get a look at them before the home opener.” 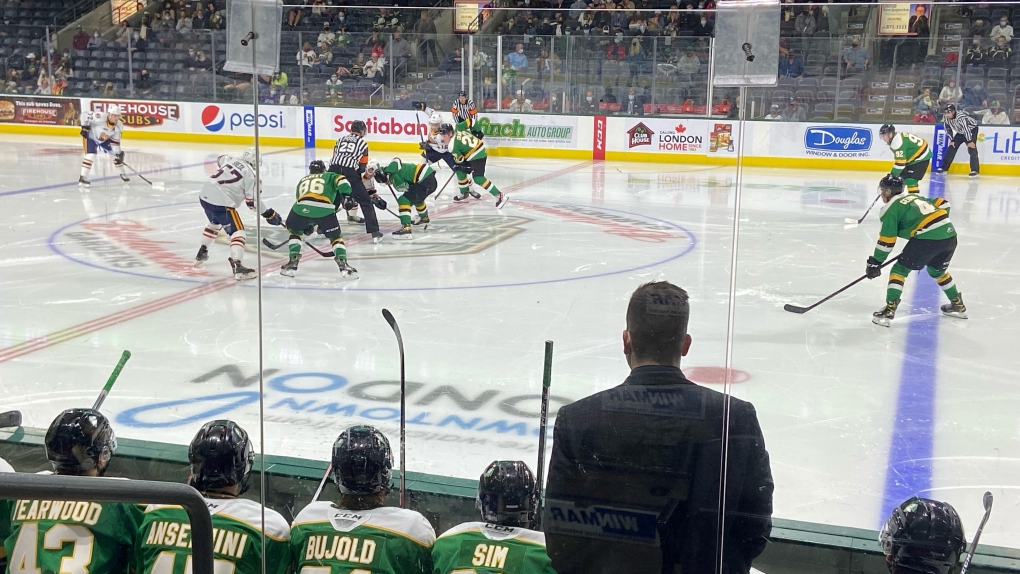 "In our case, our building holds 7,000 people so we could do up to 3,500," says Darrin Pollard, director of business development at RBC Place London.

"But there are some rules that apply. Tables have to be six feet apart, so once you layer that on, we are still looking at five, six or 700 people in the ballroom. That is great, we're moving in the right direction, but it's not completely wide open where there are still restrictions in place.”

RBC Place along with Budweiser Gardens are two venues which are a focus for Tourism London.

"Capacity increases is a huge thing for tourism," says Natalie Wakabayashi, director of culture and entertainment.

"It's a huge thing for our venues, for our partners, sporting and cultural arts.”

Tourism London is hosting the Canadian Country Music Awards at Budweiser Gardens on Nov. 29. Capacity will been increased from 1,000, to more than 4,000 although final numbers are still being sorted out before tickets go on sale.

"It allows the event to actually be accessible now to the public," says Wakabayashi.

"Industry comes into town and they take up so many tickets. Now we can actually open tickets to the public which is why we bring events like this here. We bring them here to the city, not only to bring in tourism dollars and bring people to our city.”

For certain outdoor event venues where patrons stand, capacity limits will increase to up to 75 per cent capacity or 15,000 people.

For certain outdoor event venues where patrons are seated, capacity limits will be increased to up to 75 per cent capacity or 30,000 people.

When people attend events downtown, it’s a boost to local business. Those near Budweiser Gardens have dealt with construction, empty office buildings and no events over the past two years.

"Any capacity increase is a great thing for the core area, bringing people back downtown is what we're striving for," says Chris Doris, co-owner of Olive R. Twists at the Covent Garden Market.

However, while capacity limits have increased for some indoor venues, they have not for restaurants.

"We've been fighting construction downtown, for the last seven years, starting with the downturn of Kingsmills to the building of Fanshawe College," says Doris. "The construction is almost over, and we're glad to start bringing people back to the core".

"The step three reopening did increase cases to a certain extent, but they really leveled off," says Mackie, the MLHU's medical officer of health.

"At this point it's reasonable to attempt another moderate reopening with vaccine mandates in place. So we are not overly concerned about that at this point but of course we'll be watching closely.”

The London Majors are hosting game three of the Intercounty Baseball League finals Tuesday night vs Toronto at Labatt Park.

The Worlds Oldest Baseball Grounds is not a location where proof of vaccination is required so capacity will remain at 3,300 Tuesday, and for a potential winner-take-all game five Friday Oct. 1.

CTVNews.ca asked two experts to answer common questions submitted by readers about Pfizer’s COVID-19 vaccine for children aged five to 11. Here's a look at their responses.

Actor Alec Baldwin fired a prop gun on the set of a Western and killed the cinematographer, officials said. The director of the movie was wounded, and authorities are investigating what happened. A spokesperson for Baldwin said there was an accident involving the misfire of a prop gun with blanks.

Who was Halyna Hutchins? Tributes paid to director of photography killed by prop gun

The film industry has been left shocked and in mourning after cinematographer Halyna Hutchins was killed on set when actor and producer Alec Baldwin discharged a prop firearm.

Businesses risk a 'double whammy' of potential labour shortages and a decline in consumer spending due to COVID-19 benefits ending Saturday, an economist says.

The Canadian government has quietly lifted its advisory against non-essential international travel, marking the first time since March 2020 that the notice has been lifted. 'Be aware that although you are better protected against serious illness if you are vaccinated, you may still be at risk of infection from the virus that causes COVID-19,' the updated advisory states.

Kid-size doses of Pfizer's COVID-19 vaccine appear safe and nearly 91 per cent effective at preventing symptomatic infections in 5- to 11-year-olds, according to study details released Friday as the U.S. considers opening vaccinations to that age group.

Queen Elizabeth II was back at Windsor Castle on Friday and in good spirits after revelations that she spent the night in a London hospital earlier this week.