Chief Jason Henry had been seriously contemplating running in the next federal election.

"I've been talking to Jagmeet (Singh) for about a year-and-a-half or two years about the potential of working with him and trying to bring positive, transformative change to this country," says Henry, the chief of Kettle and Stony Point First Nation.

Henry was recently acclaimed as the NDP candidate in the riding of Lambton-Kent-Middlesex (LKM).

"It's a tough decision as I was elected leader in my community, but in June, with the discovery of the children, things changed for me," says Henry, who has taken a leave of absence from his role of leader of band council.

"I don't think that it's a coincidence for me or for Indigenous people, that the NDP colour is orange. I welled up when I saw the Turtle Island healing rally in London with the orange smoke, the sea of orange coming down Richmond Row, that drove it home for me." 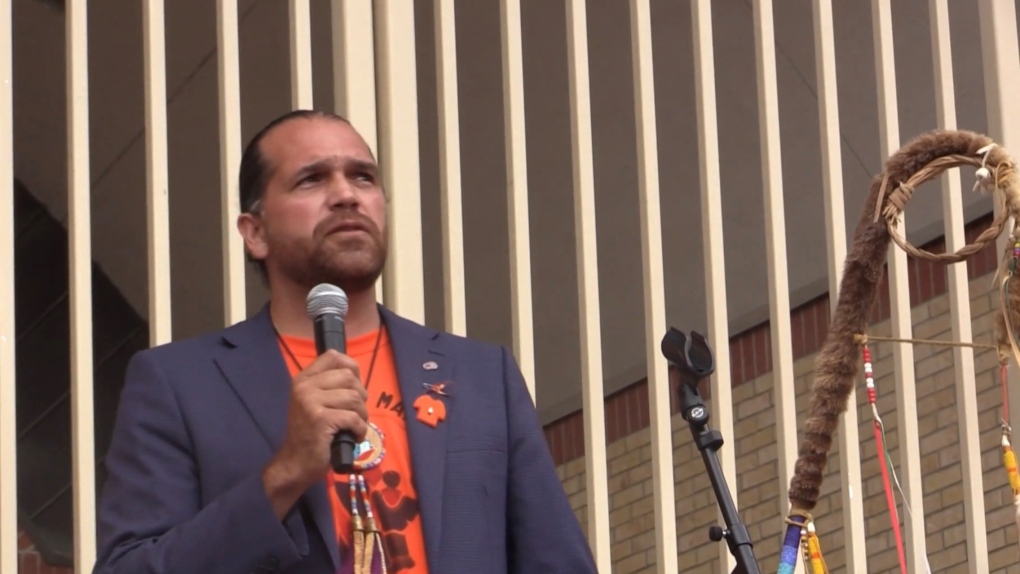 He's hoping to earn his way to Ottawa, where he'll advocate for health care, housing and problems connected to drugs and alcohol.

If he is chosen, he hopes his experience will be better than that of Nunavut MP Mumilaaq Qaqqaq.

In a scathing farewell speech in June, Qaqqaq blasted the federal government for inaction on Indigenous issues and accused parliamentary security of racial profiling.

During a series of speeches by MPs not seeking re-election, Qaqqaq said federal security frequently stopped her to the point where she did not feel safe on Parliament Hill.

Her comments have sparked reaction from her colleagues, who spoke to the work still needed to be done in Ottawa to make Parliament a welcoming place for a diversity of voices.

“Every time I walk on House of Commons grounds, speak in these chambers, I’m reminded every step of the way (that) I don’t belong here,” she said during her speech.

"Even if the experience is bad, we have to put ourselves out there, we have to try and make change, and she made those attempts," says Henry.

"It's hard, as my grandfather would say, it's a tough road to hoe, particularly for an Indigenous person -- a person with traditional tattoos, cultural tattoos and a female."

The president of N'Amerind Friendship Centre, Brian Hill feels Henry is a great candidate because he identifies as being from Kettle and Stony Point, and isn't trying to hide his roots.

"All those things that were never part of our lives, even 30 or 40 years ago. It's good to see that they're standing up and they're taking their rightful place in society."

Hill also hopes it will entice many Indigenous voters to head to the polls next month.

"Not just in his riding but also here in London and other areas that where we have a large population of indigenous people," says Hill.

"For years it was not, that wasn't a door that was open for us, but that door is open now. I'm hoping that the community members will take the opportunity to walk through that door and support him and help him as much as they can."

Henry says people need to be engaged, but it has been tough for Indigenous people to get engaged in the Canadian political system.

"It has oppressed us for so long, but a few of us have to walk across the aisle so to speak, get involved in a federal level and make that change," says Henry.

Abortion may be legal in Canada but accessing services very much depends on where you live, one advocate says.

What's the impact of a Russian debt default?

Russia is poised to default on its foreign debt for the first time since the Bolshevik Revolution more than a century ago, further alienating the country from the global financial system following sanctions imposed over its war in Ukraine.

Leading economic powers conferred by video link with Ukrainian President Volodymyr Zelenskyy on Monday as they underscored their commitment to Ukraine for 'as long as it takes' with plans to pursue a price cap on Russian oil, raise tariffs on Russian goods and impose other new sanctions.

Digital censors quickly deleted a hashtag 'the next five years' Monday as online discussion swirled in response to reported remarks of Beijing's Communist Party secretary saying that the capital city will normalize pandemic prevention controls over the course of the next five years.

Ukrainian President Volodymyr Zelenskyy addressed G7 leaders virtually at their summit in Germany as they discussed the threat to global stability posed by Russia's invasion of his country.