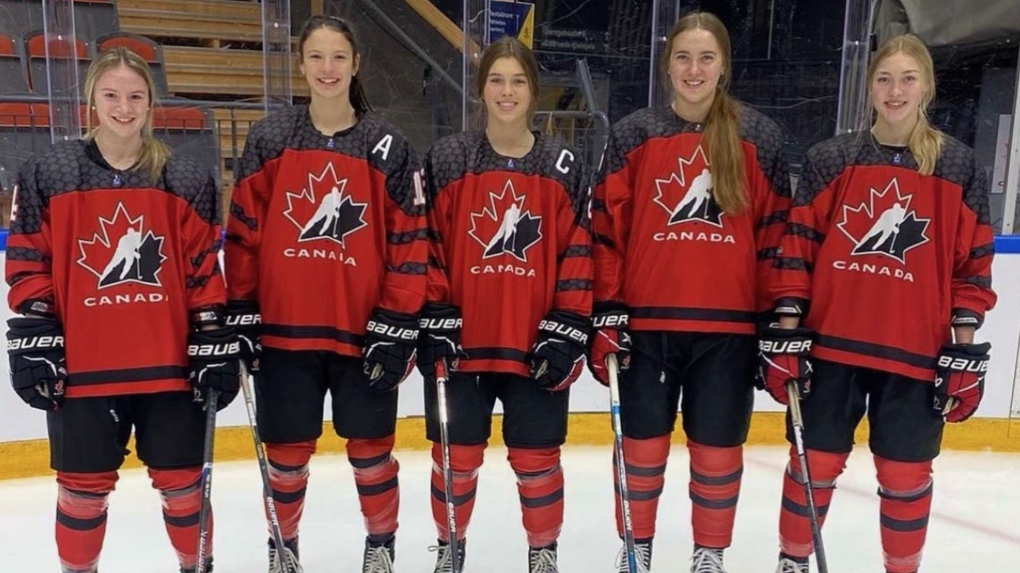 While Canada squeaked by Finland in overtime Saturday to reach the final, they had no issues scoring Sunday.

Team Canada piled on the offence, burying the Swedes with five goals in the first period.

Canada hit double digits, wining the gold medal game by a score of 10-0.

This makes it back-to-back gold medals for Canada in the competition.

Captain Emma Pais led the way along with five Devilettes on the team finishing the tournament with two goals and five assists in five games.

The other four Devilettes bringing back gold are Kiera Hurry of London, Jocelyn Amos of Ailsa Craig, Abby Stonehouse of Blenheim, and Shelby Laidlaw of Aylmer.

Two four-year-old children are dead and a man has been charged with first-degree murder after a driver crashed a city bus into a daycare in Laval, Que. Wednesday morning. The driver, 51-year-old Pierre Ny St-Amand, was arrested at the scene and faces two counts of first-degree murder and several other charges.