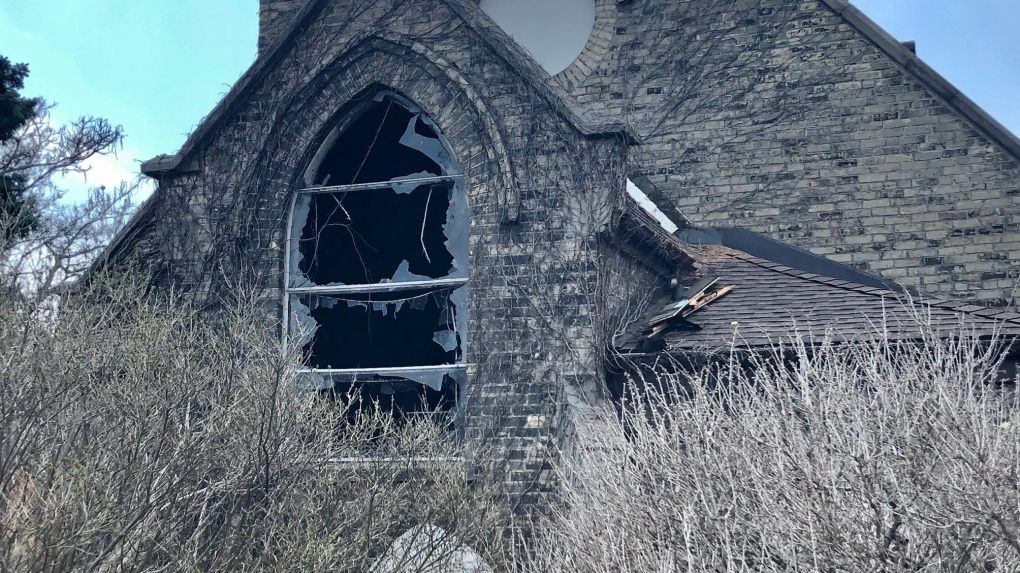 A suspicious fire at the former Chapel of Hope in London, Ont. is under investigation Thursday, April 8, 2021. (Jim Knight / CTV News)

MIDDLESEX CENTRE, ONT. -- London police are investigating after a suspicious fire in the 800 block of Highbury Avenue on Thursday.

Police and firefighters were called to the scene around noon for a working fire at the Chapel of Hope on the grounds of the former London Psychiatric Hospital.

Fire crews were able to put out the fire, which is believed to be suspicious.

The Street Crime Unit and London Fire Department inspector will be working together to investigate.

No estimate of the damage has been released.