Streetcar 351 location going back to City Council for discussion 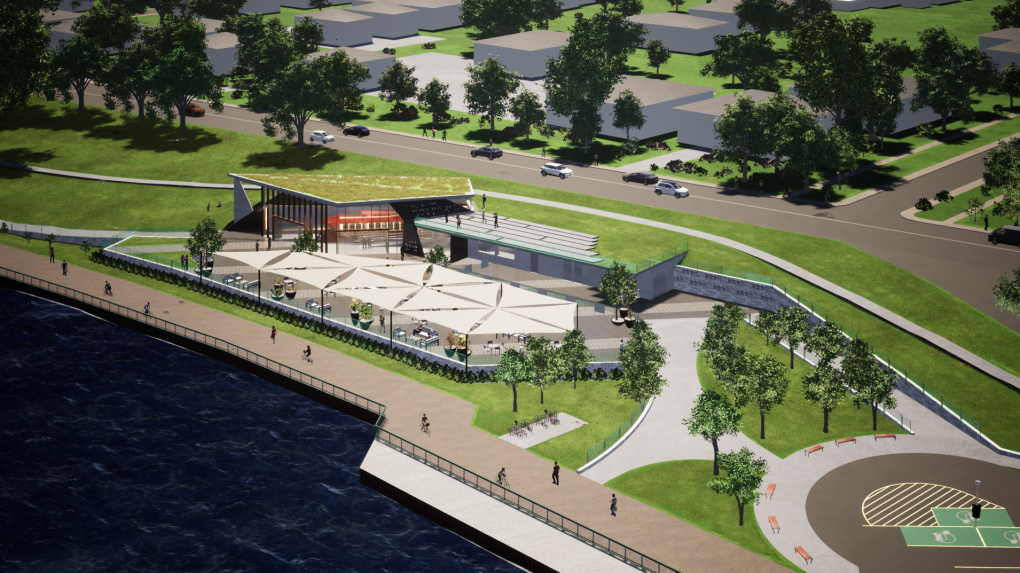 The location of Streetcar 351, once destined for the foot of Askin Avenue on the riverfront, will be heading back to Windsor City Council.

Back in September, the city announced the streetcar wouldn’t be built at the Celestial Beacon because it would rise above the crown of Riverside Drive, which went against its own bylaws.

Instead, it was proposed it be moved to Caron Avenue where height would no longer be an issue.

“We’ve got the money set aside and we’ve got a great plan, so I hope council is able to tackle that and move that project forward Monday,” said Mayor Drew Dilkens.

The cost is $8.4 million and the group “Rally for our Riverfront” including Windsor resident Mike Cardinal, doesn’t believe the streetcar is fit for this space, either.

“The problem here is the legacy beacon was designated legacy because every of the CP rail train station and tower… We need something custom designed here, for the legacy beacon that celebrates that history and not blocks it. Putting the streetcar here could block the view,” said Cardinal.

A council decision on the location was deferred two weeks ago — to see how the Festival Plaza and Waterfront Beacon can be linked to the new City Hall Esplanade.

Cardinal, who won a Local Planning Appeal Tribunal (LPAT) hearing against the city over the previous chosen site, questions, why the rush? Instead, he believes many would like to see it next to the Chimczuk Museum.

“It’s being pushed very hard, very fast, Cardinal said. “And just like anything that’s done too quickly, there’s danger of putting into concrete mistakes that could be corrected on paper.”

Also going before council, plans for a large canopy and redesign of the Festival Plaza, which is a $33-million project that even the mayor agrees, isn’t ready for council’s stamp of approval.

Once those options are available, Dilkens says the public should get a look and a chance to chime in.

“At the end of the day, we have a shared goal and that shared goal is to provide a great space, a great concert venue, a great entertainment venue along a beautiful waterfront for the people of Windsor-Essex to enjoy.“

Cardinal and a handful of other delegates are scheduled to speak before council on Monday.