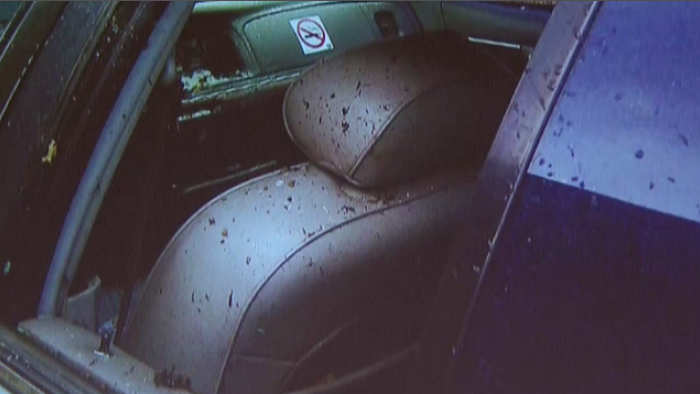 Terry Duffield's taxi after Aaron Driver detonated a device in the backseat.

A million-dollar lawsuit filed by Strathroy taxi driver Terry Duffield has been settled out of court.

Duffield was driving the taxi in which Aaron Driver was shot by police and detonated a bomb in 2016.

He had been waiting for Driver in a driveway for several minutes, but said he had no warning about what was about to happen.

The RCMP and lawuer Kevin Egan both confirm the two parties have reached an agreement.

Egan says, "Terry suffered significant psychological damage on top of his physical injuries. So its a big relief to him to have it behind him."

In March, Duffield launched a lawsuit against a number of organizations including the RCMP, Attorney General of Canada, OPP and the police forces in London and Strathroy-Caradoc.

He claimed he was left in harms way by officers when Driver died.

The terms of the settlement cannot be disclosed, but Egan says it was in the best interest of all parties not to take the suit to court.