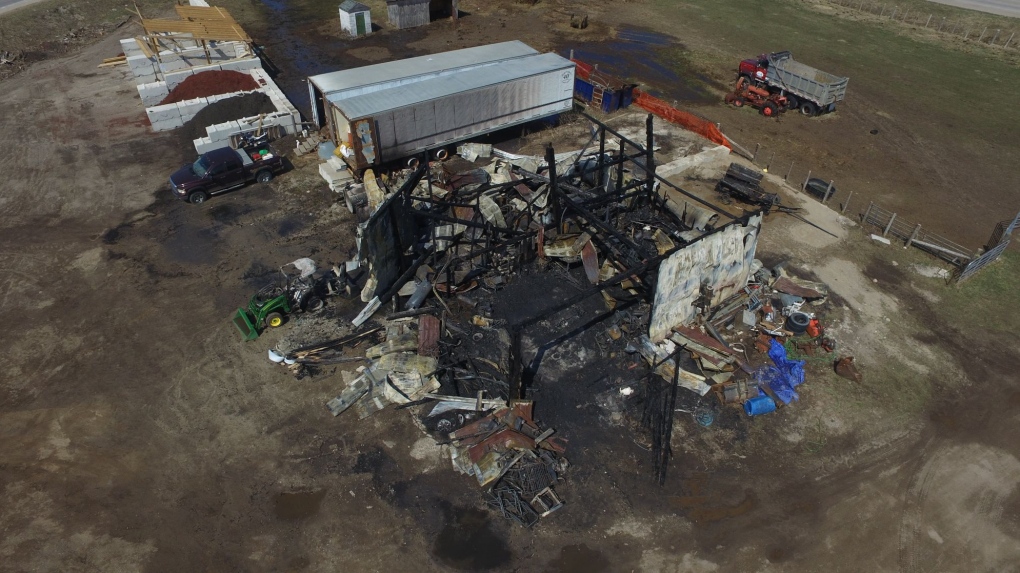 LONDON, ONT. -- Saugeen Shores police are investigating another incident of arson at a rural property.

Police say around 1:38 a.m. Wednesday, emergency crews were called to a blaze at Carlisle Street and County Road 3.

The fire destroyed the building and has been deemed suspicious.

Another fire was reported at the same address on March 24, that was also deemed to be suspicious.