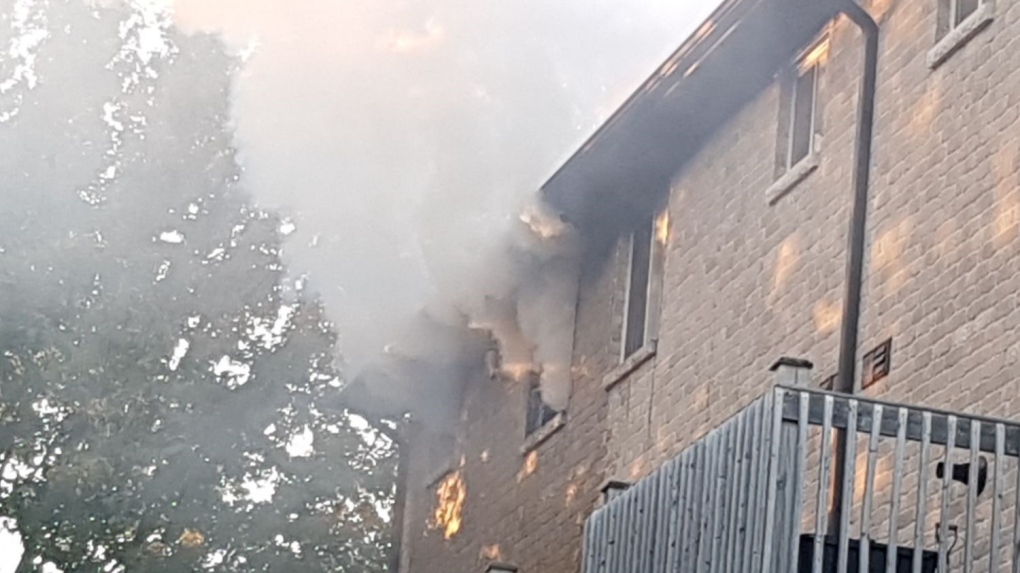 Smoke from the apartment at 560 Ivings that has been the centre of an arson investigation in Port Elgin, Ont.

On Sept. 20, 2020, Saugeen Shores Fire responded to an explosion and subsequent fire inside an apartment at 560 Ivings St. in Port Elgin.

The 40-year-old occupant of the apartment suffered severe burns, and had to be airlifted to the London Health Sciences Burn Unit.

Following months of care, emergency officials say he’s since recovered from his injuries.

Saugeen Shores police and the Ontario Fire Marshal’s Office immediately commenced an investigation into what sparked the explosion and blaze.

Police have now charged the 40-year-old man with arson, along with several cannabis-related charges, including altering the physical properties of cannabis by the use of an organic solvent.

Police say the Port Elgin man has been released, and has a court date in Walkerton in the near future.

The damage to the apartment was extensive, but largely confined to the single unit.

Residents in the apartment building spent several days in other accommodations due to the fire and subsequent investigation.