You can putt through a replica of the CASO Station, or play alongside Jumbo the elephant in St. Thomas’ newest attraction.

Railway 1856 Ultimate Mini-Golf is a course which winds through Elgin Centre and pays homage to the city’s railway history.

“1856 was the year the London-Port Stanley Rail first went through St. Thomas and so that's where the name came from,” explained Andrew Buttigieg, who owns the business alongside his father Joe.

“All 18 holes have kind of a railway theme to it. Whether it's the rail crossing, conductor or we have a fiberglass train as well. It's all train-related and we're really excited for people to check it out,” he added.

Much like the former course in London’s Masonville Mall, the 18 holes are not in a store front but right through the centre of the mall.

They have added extra brick and lattice fencing in hopes of preventing the balls from going astray. 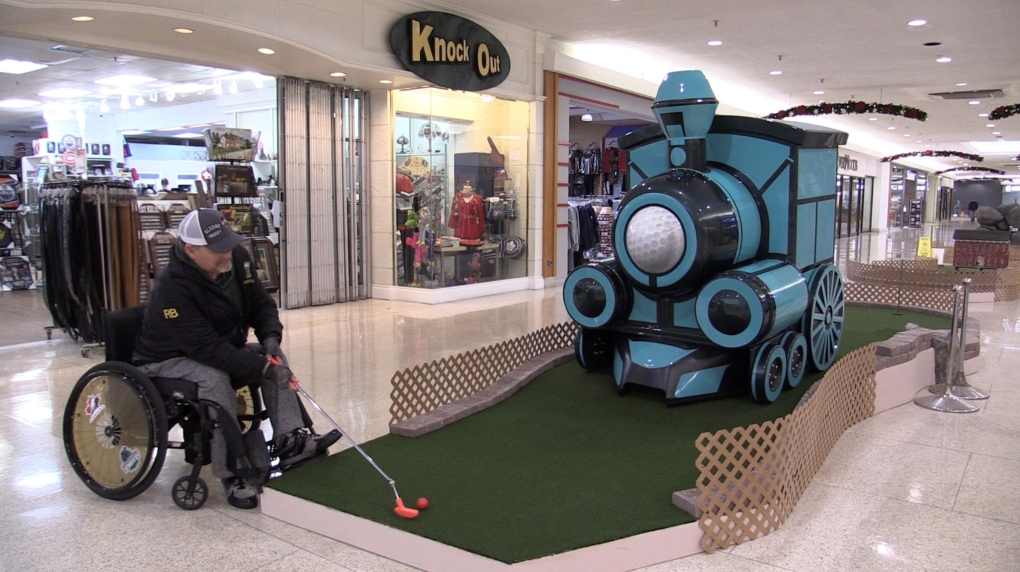 One of the key features to the new business, is it is accessible.

Randy Brown, who is in a wheelchair, has been testing out the holes and new bendable putters in preparation for opening weekend.

“I’ve been going through the whole thing to see if I can find any things that are a little bit more difficult and we're going to let them know,” said Brown, who plays sledge hockey for the Elgin Imperials. “I hate to say this, but they're one of the very few businesses in St. Thomas [that] have moved in here and made it accessible, and it cost them a lot of money.”

The Buttigieg family has been working towards opening the mini golf course for more than a year, and felt accessibility was a key ingredient. 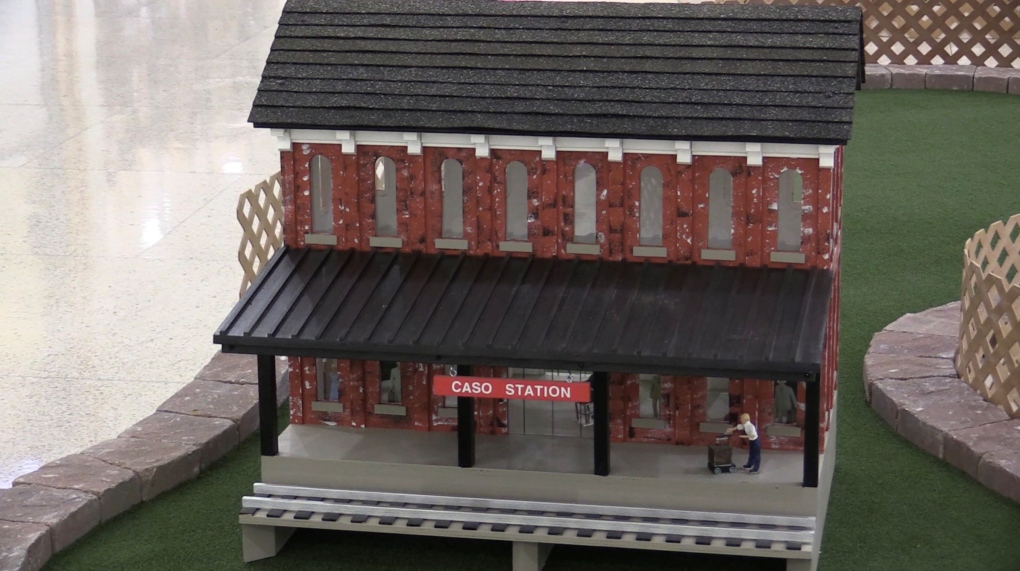 With a St. Thomas, Ont. theme, one of the obstacles on the mini golf course is a replica of the historic CASO Station. (Brent Lale/CTV News London)

“At first we were just going to do maybe nine holes of accessibility but we were happy to make it all 18,” said Buttigieg. “We have putters, grabbers and of course just being able to putt aside the hole, this course is open everybody and we're really excited for that.”

This attraction is the latest in the revitalization of the mall. A new hotel is being built, and they are adding some more franchises.

“It's a great idea,” said Marty Hancox, owner of Fan of the Sport in the mall, which is located right next to the hole with the replica of Thomas the Tank Engine.

He added, “Anything that helps bring the people to the mall is awesome, and I’m looking forward to playing because it looks like a lot of fun. I think the owners have done a great job, and I think it will be huge when the hotel is done.”

A soft opening will see players on the course for the first time Thursday, with the grand opening this weekend.