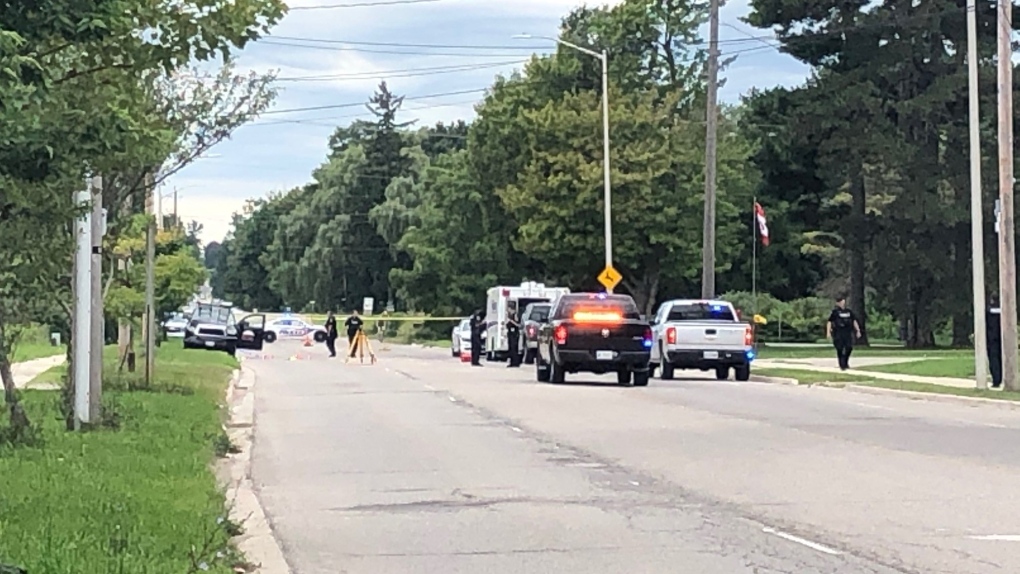 London police are on the scene of a serious crash on Gainsborough Road in London, Ont. on Saturday, Sept. 5, 2020. (Jordyn Read / CTV London)

LONDON, ONT -- London police have released the identity of a cyclist who was struck and killed over the weekend in northwest London.

Claude Liman, 77, died after he was hit by a black pickup truck Saturday morning along Gainsborough Road.

According to police he was riding along acla bike path on Gainsborough. As he was exiting the path he was hit by the pickup.

Claude was apparently riding with his wife at the time of the crash, according to an obituary released by his family.

He was taken to hospital where he succumbed to his injuries.

Police noted that the driver was fully cooperative and to date no charges have been laid.