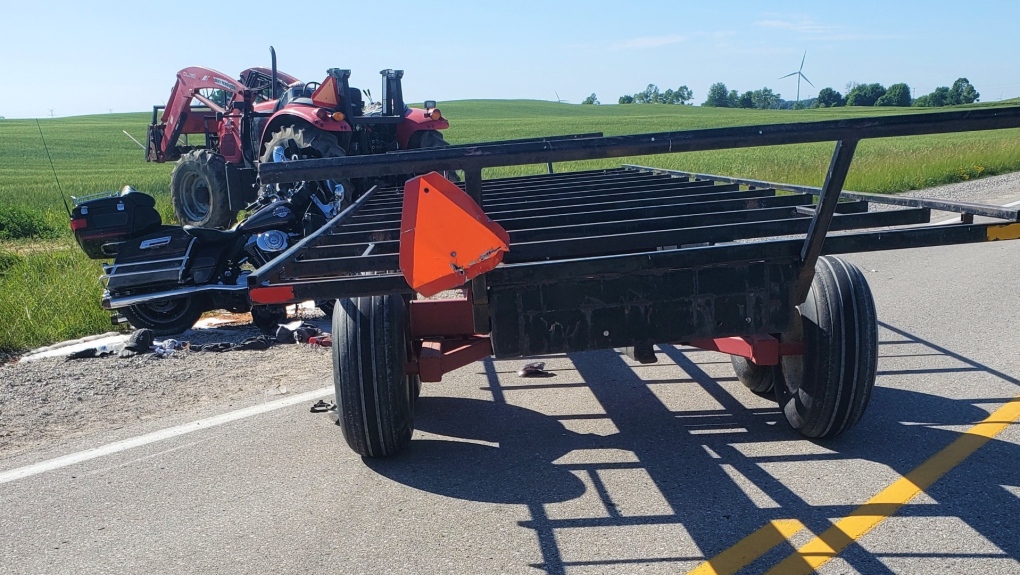 Huron OPP have identified the motorcyclist killed in a crash involving a tractor near Goderich, Ont. Sunday afternoon.

Emergency crews were called to the scene on Lucknow Line south of Carlow around 4:30 p.m.

Police say the motorcycle collided with the side of a tractor that was pulling an unloaded hay wagon.

The driver of the motorcycle, Gregory Crawford, 50, from Central Huron was pronounced dead at the scene. A 35-year-old passenger from Goderich was taken to hospital via air ambulance with non-life threatening injuries.

The cause of the crash remains under investigation.

Anyone with information regarding the crash is asked to contact OPP.

A growing number of Canadian hospitals are enacting policies requiring visitors and care partners to show proof of vaccination in order to gain entry, sparking yet another pandemic-era debate for ethicists.

A Canadian was among 17 missionaries allegedly kidnapped in Haiti on Saturday, Christian Aid Ministries said in a statement on its website.

Gov. Gen. Mary May Simon set out on her first international trip in that position on Sunday, heading to Germany to meet with officials, as well as attend the world’s largest trade book fair.

World expected to consume twice as much seafood by 2050, new findings suggest

The world will consume twice as much seafood by 2050, according to new research. But despite the increased demand, a stronger turn to sustainable fishing could help address malnutrition and lower our overall environmental footprint.

Kingston police, with assistance from the OPP riot squad and Durham Regional Police, moved in twice on Saturday to clear students from the streets and homes after declaring an 'aggravated nuisance party'.