Mike McEwen has been curling most of his life, but even he still gets nerves when there are crowds of people watching his every move.

“I’ll be honest, I haven’t had that anxiety, that extra energy for awhile. Felt like my first provincials, in some sense,” said the skip of Team McEwen.

McEwen is one of the favourites at this year’s Ontario Tankard, taking place at a converted hockey rink in Port Elgin, Ont.

“The first two games felt like quarter final playoff games. You can’t take anyone for granted. In a 12 team field, everyone is solid, right through,” he said.

This week in Port Elgin, Ontario’s best male and female curlers will duke it out for the right to represent the province in the upcoming Canadian championships. Big names like Glenn Howard, John Epping and Rachel Homan are taking part. 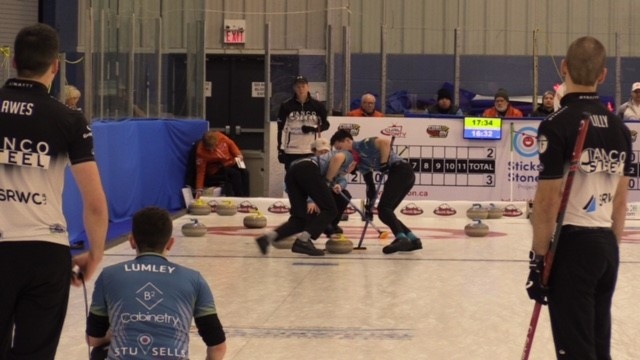 “You are never going to have an easy game, so to speak. Everyone’s tough, and performs very well, especially under these conditions, so we have to have our A game every single game, to be there at the end of the weekend,” said skip of Team Howard, Carly Howard, whose dad Glenn is the reigning Ontario men’s champion.

This is the second year in a row Port Elgin is hosting the Tankard. They get to host the Scottie’s this year too, as a reward for doing so well during last year's reduced capacity COVID-19 championship.

“We have 245 volunteers who have worked countless hours to bring all this together for the great curlers that we have,” said Steering Committee member, Deb Struys.

Over the entire week, 10,000 fans are expected, with crowds growing larger as the tournament reaches its climax during Sunday’s finals. 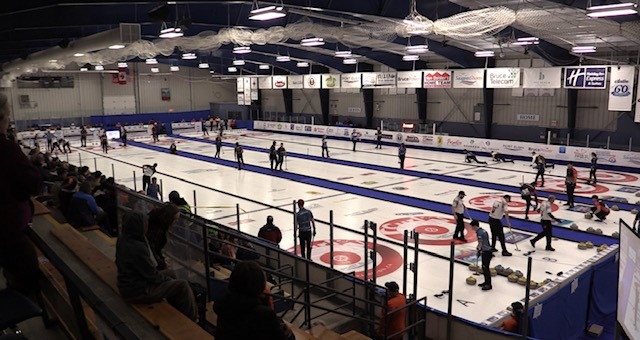 Curlers and crowds are seen at the 2023 Ontario Tankard/Scotties Championships in Saugeen Shores on Jan. 25, 2023. (Scott Miller/CTV News London)

“I think coming into the weekend, it was 80 per cent full, and I think they’re expecting more as the week goes on. It’s exciting to have the fans near us. We can hear them when we make good shots, cheering us on. It’s been great,” said Howard.

“This is a 9:30 a.m. game, and it’s pretty much jammed up in there in the stands. So, you can see how well the community is behind the event,” added McEwen.

Port Elgin organizers hope their success this year and last puts them on the list to host future curling events as prestigious as the Tankard and Scotties.

“Even though it’s a lot of work, it’s enjoyable. The community has stepped forward, and is backing us. And, they love it, too,” said Struys.

There is curling action all week long, with the finals on Sunday. You can learn more on the Port Elgin Curling Club website.