NIMFY: Homeowners say 'not in my front yard' to trash-tossing garbage faerie

LONDON, ONT. -- East London residents are trying to track down a serial garbage dumper that was caught in the act by a security camera.

A pickup truck full of garbage bags tosses the trash onto boulevards each collection day -- sometimes limiting how much trash homeowners can take to the curb.

Jennipher Borland repositioned a security camera to the front of her house five weeks ago -- and soon recorded two men in a red pickup.

“He takes a garbage bag off the pile, tosses it on my garbage!” Borland narrates as the video plays. “ Then they go to (my neighbour’s) house and dumps bag after bag!”

Since posting the video online, Borland has heard from people living on nearby streets.

“I’m getting all these messages and replies from neighbours including pictures of the exact same guys in the exact same truck doing the same thing on their street,” she tells CTV News.

London has a three-container limit for household garbage collection.

The added bags can mean some of the homeowner’s trash goes uncollected, and neighbours intending to put out garbage in the morning could find three bags already deposited on the curb. 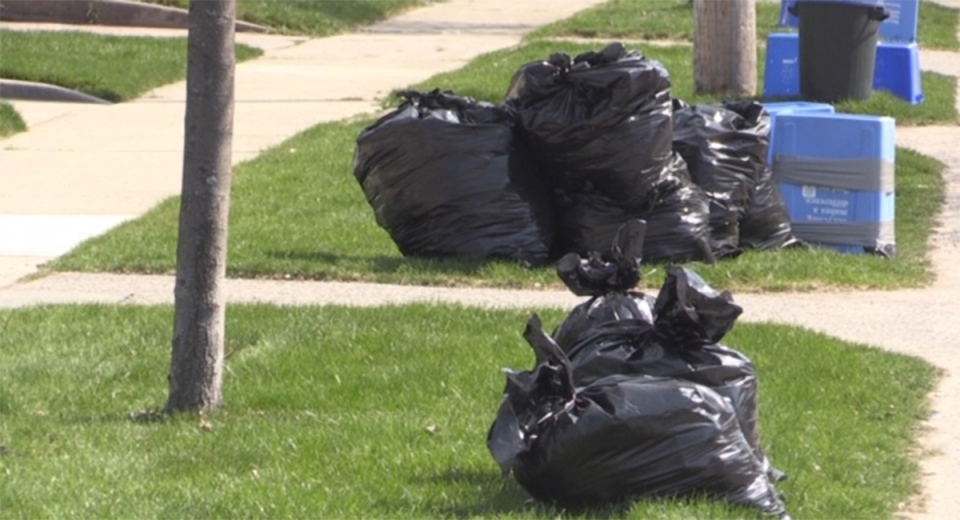 “That’s referred to as illegal dumping,” says Jay Stanford, director of Environment and Solid Waste after viewing the video for the first time. “There’s a fine for that of $175 plus court costs, so this would be north of $200.”

“Garbage men to the rescue!” Borland exclaims in her online video of the dumping incident, as a municipal garbage truck interrupts the men in the pickup.

Borland then notes some justice was delivered by the city workers.

“They’re putting the garbage back into the (pickup) truck!”

Stanford says there is no excuse for not disposing of garbage properly, “It’s a $1.50 per bag. Bags can be dropped off at any enviro-depot or to the landfill site,” he explains.

Borland is more blunt in her message to the dumpers.

“Why are you being so lazy? Enviro-depot is five minutes from here.”

CTV News was unable to clearly identify the individual in the truck.

Stanford recommends not approaching someone who is illegally dumping garbage. Instead, he says video like Borland's, if it includes a license plate, can aid an investigation.