More than 30 pounds of marijuana found in bicycle trailer 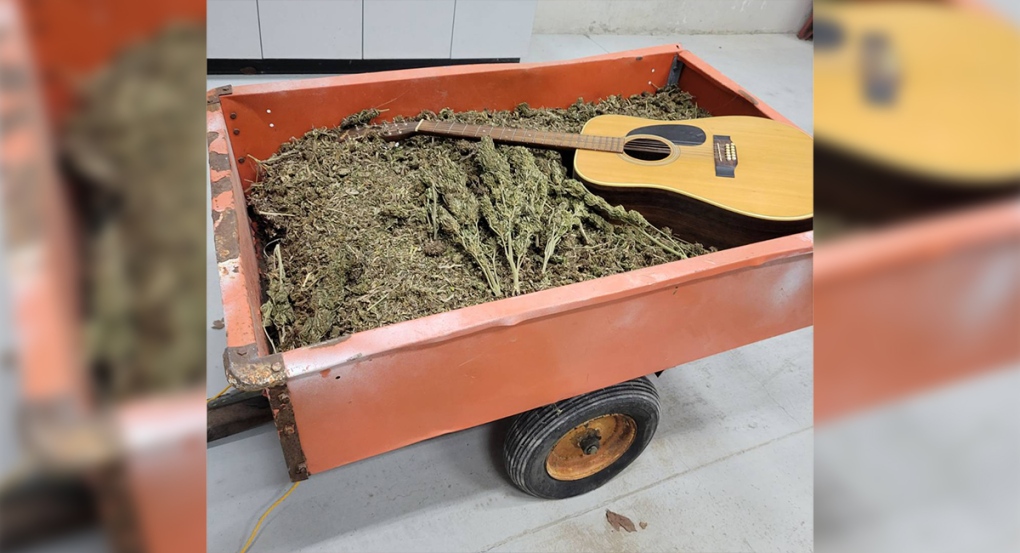 MIDDLESEX CENTRE, ONT. -- Strathroy-Caradoc police are looking for a suspect after attempting to stop a bicycle rider towing a trailer full of cannabis.

Around midnight on Tuesday, an officer spotted a bicycle pulling a utility trailer in the area of Drury Lane and Saulsbury Street in Strathroy.

Officials say as the rider was going west on Saulsbury, the suspect hit a garbage bin, causing the utility trailer to detach from the bicycle.

When the officer approached, the male, who was wearing dark pants and a dark-hooded jacket that covered his face, fled the scene.

Police say an estimated 31 pounds of dried marijuana was seized. That quantity is often valued in the thousands of dollars.

Officials remind residents that while it is legal to possess marijuana, that quantity violates the Cannabis Control Act and would be suspected of being sold illegally.

An earlier version of this story indicated a 'street value' for the marijuana provided by police, but they have since rescinded that information.