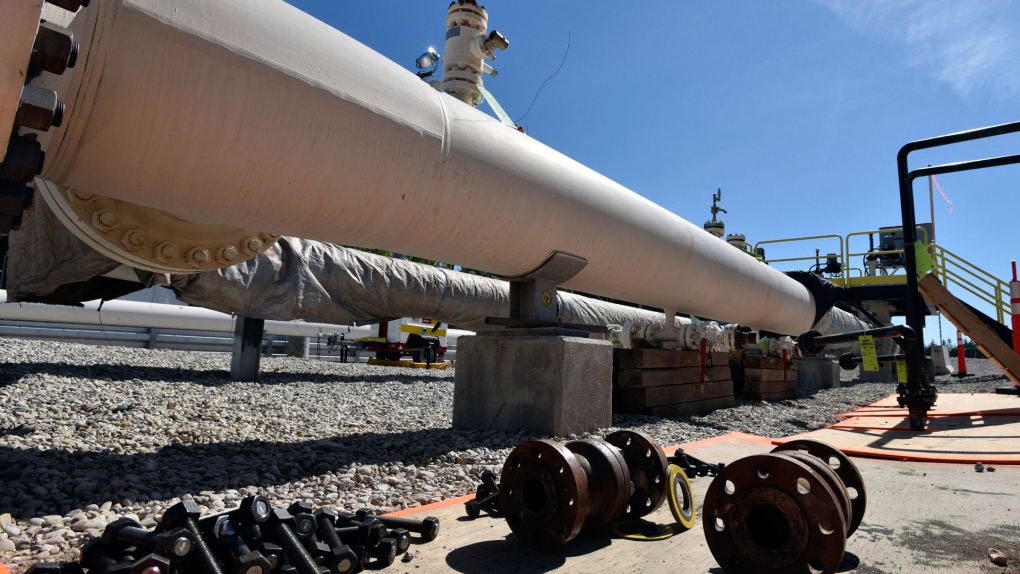 In this June 8, 2017 file photo, fresh nuts, bolts and fittings are ready to be added to the east leg of the pipeline near St. Ignace, Mich., as Canadian oil transport company Enbridge prepares to test the east and west sides of the Line 5 pipeline under the Straits of Mackinac. (Dale G Young/The Detroit News via AP)

LANSING, Mich. -- Gov. Gretchen Whitmer is asking Michigan's new attorney general for a legal opinion on the constitutionality of a deal to run an oil pipeline beneath a crucial section of the Great Lakes.

The Democrat announced her request Wednesday, a day after writing to Democratic Attorney General Dana Nessel. Both took office Tuesday and have expressed concerns with the agreement.

Nessel is welcoming the chance to weigh in on a law signed last month by former Republican Gov. Rick Snyder. It created the Mackinac Straits Authority, which quickly backed the deal between the state and Canadian pipeline company Enbridge to drill a tunnel through bedrock below the channel that links Lakes Huron and Michigan.

A new segment of pipeline will extend through the tunnel, replacing twin pipes built in 1953.