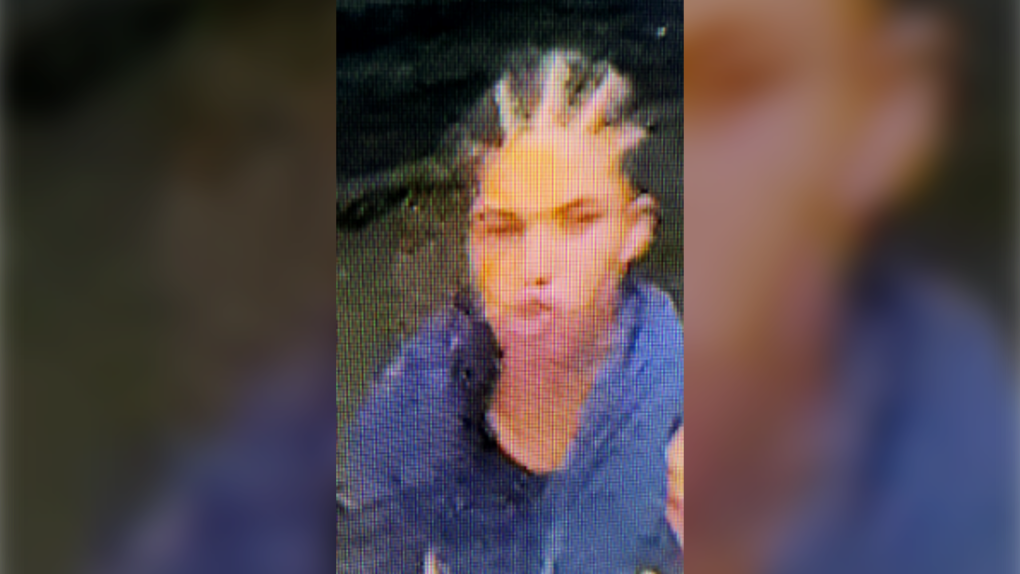 The London Police Service is looking for a person of interest allegedly involved in a weapons incident in downtown London in the early morning hours of May 27, 2022. He is described as male, Black, with a lighter complexion, in his early 20s, with braided hair in cornrows, a thin build, and wearing a black and blue hooded sweater, black shoes and dark pants. (Source: London Police Service)

The London Police Service (LPS) is requesting the public’s help with locating a person of interest after a gun was fired on Richmond Row in the early morning hours of Friday.

According to a press release, police say that at approximately 2 a.m. on Friday, officers responded to a 9-1-1 call reporting that someone had fired a gun in downtown London, near the intersection of Richmond Street and Dufferin Avenue.

Upon arrival, police found evidence that a gun had been fired.

The investigation revealed that a male individual was involved in an altercation outside of a downtown business prior to the report of gunshots.

Police say there were no reported injuries or property damage.

Investigators are now seeking the public’s help in identifying a person of interest allegedly involved in the incident.

The individual is described as male, Black, with a lighter complexion, in his early 20s, with hair braided in cornrows, a thin build, and wearing a black and blue hooded sweater, black shoes and dark pants.

A sea of red and white is expected to converge on downtown Ottawa and LeBreton Flats today to celebrate Canada's 155th birthday.