London Search and Rescue adds electric-assist bikes to its missions

London Search and Rescue adds electric-assist bikes to its missions

Some key additions have been made to the gear used by London Search and Rescue (LSAR).

Commander Jamie Walls says two electric-assist, all-terrain bicycles will enhance their ability to assist in search efforts, calling it a game-changer, telling CTV News London, "It helps us respond and complete tasks quicker. It helps us get equipment out to team that are already in the field."

LSAR was formed 20 years ago and is an entirely volunteer based, not-for-profit agency with about 80 members.

They've been involved in numerous high-profile searches in the region, including a successful search for a 3-year-old near Norwich, Ont. in September of 2015.

Walls says they considered traditional pedal bikes but those bikes had a downside that electric-assist helps address.

"They're already out of breath from the bike ride; with the electric assist they can still have the reserve energy necessary to complete whatever needs to be done on the far side of the ride,” adds Walls. 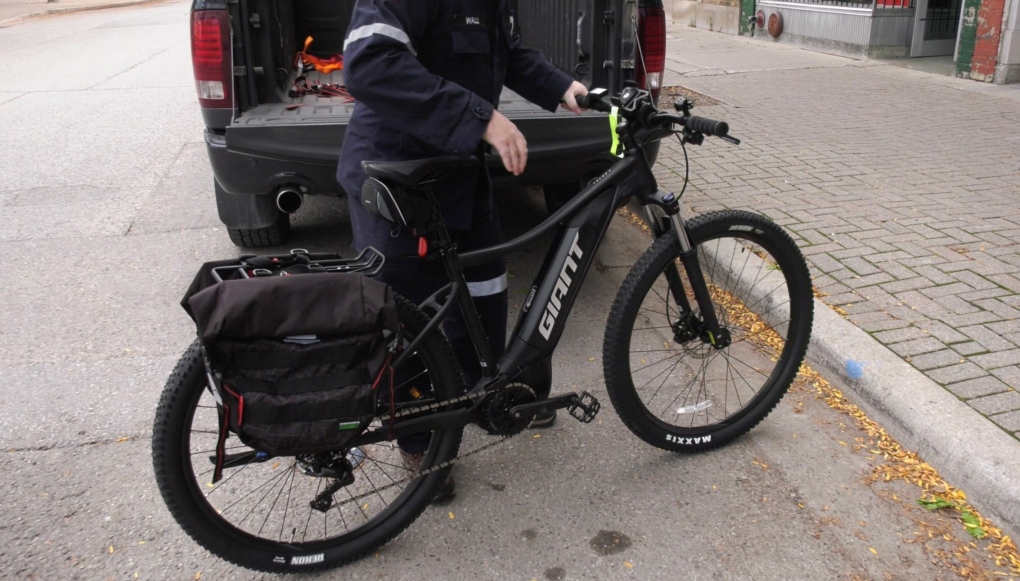 There are numerous locations in and around the city where even a small, four-wheel drive vehicle can’t access. He says the bikes could be a difference maker when it comes to getting into a remote location, locating someone and getting them the help that they need in a timely fashion.

Walls says it's all about applying the right resource to the right task.

The bikes, which travel at over 30 kilometres an hour, were selected after LSAR leadership consulted with staff at bike specialists "To Wheels" located downtown London, Ont.

The "To Wheels" staff also recommended ways to outfit the bikes to easily carry repair kits, first aid supplies and even a defibrillator. The entire set-up for the two bikes cost almost $11,000.

Wall says $10,000 was donated by Lutheran Social Services London, saying, "They seemed to immediately understand that this was a fantastic resource for the city and southwestern Ontario to have."

Wells says LSAR takes its direction from first responders leading search efforts and will utilized the bikes where requested.

Prince Harry and his wife, Meghan, offered a sweeping indictment of Britain's media and the racism they believe has fuelled coverage of their relationship in a Netflix documentary series that promises to tell the "full story" of the couple's estrangement from the Royal Family.

Ontario pharmacists will be able to prescribe the antiviral COVID-19 treatment Paxlovid to patients as of next week.