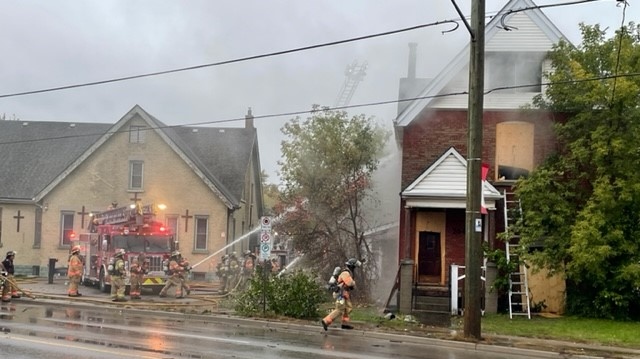 London police have charged a 61-year-old man in connection with a fire at a Hamilton Road home on Monday.

Fire crews were called to an abandoned building at 254 Hamilton Rd., just east of Adelaide Street, shortly before noon.

Boarded up windows and doors made the fire difficult to fight, and crews had to create upper-level vent holes to allow heavy smoke to escape.

Police say the fire was deemed to be suspicious and the Street Crime Unit, London Fire Department and the Office of the Fire Marshal were investigating.

A 61-year-old London man, who was arrested at the scene, has now been charged with one count of arson causing damage to property.

No one was injured in the fire, but the damage is estimated to be approximately $20,000.

The accused was being held in custody pending a court appearance on Tuesday.